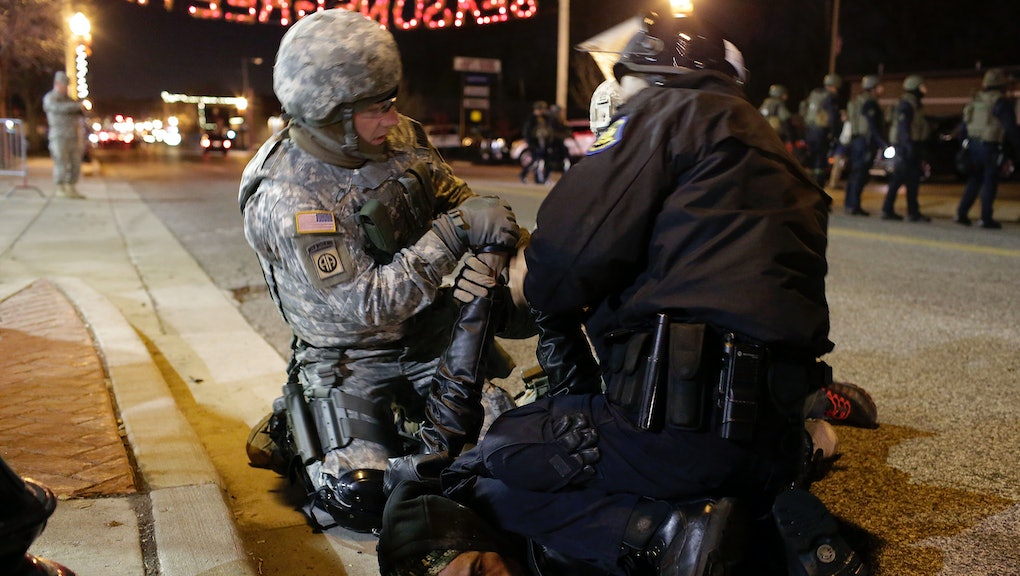 Cellphone videos have been instrumental in exposing police brutality, from the deaths of Eric Garner and Walter Scott at the hands of their local police precincts to the behavior of Officer Eric Casebolt at the infamous pool party in McKinney, Texas. So if it were easier to record the police and put those videos in the right hands, how many more abuses of power would come to light?

To find out, the American Civil Liberties of Michigan released an app called Mobile Justice for filming police activity and filing reports to the ACLU, modeled off a similar app in New York City called Stop and Frisk.

A smash-proof solution: Police officers have been caught smashing or confiscating phones that were recording them — which, of course, is not legal — so when you stop recording video on the Mobile Justice app, it immediately uploads a copy to the local ACLU chapter.

It can also send push notifications when people around you have begun recording, so you can be made aware of other people who are monitoring police.

The app also has a section for "Your Rights," which details a person's rights should they be stopped, and reminds you that as long as you don't interfere with police activity, you can film police officers in public.

It's not available everywhere: There are various apps that do what Mobile Justice does. Right now, New York, Mississippi, California, Nebraska, Missouri, Oregon and North Carolina have apps like Mobile Justice that record video for instant upload to the ACLU.

"The fact is that police are more than happy to make the footage available when it makes them look good," Mario Aguilar wrote for Gizmodo. "But when police behavior might be controversial, as in the case of the recent LAPD shooting, we aren't getting the transparency that the technology promises."

At least with cellphone footage, the video usually ends up in the right place: where anyone can see it.