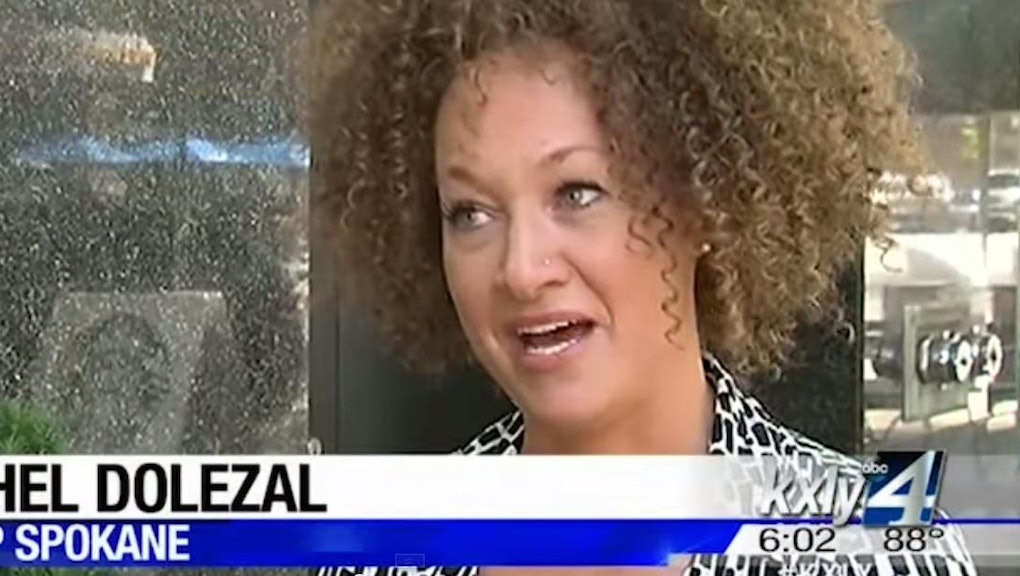 Rachel Dolezal, the president of the Spokane, Washington, chapter of the NAACP, was exposed on Thursday for being a white woman, despite portraying herself as black. After suspicion regarding her ethnicity swirled, Dolezal's parents were contacted and they confirmed the rumors.

Some people attempted to exonerate her by calling her "transracial," at which Twitter erupted in fury, leaving many outraged at the justification. But one tweet in particular perfectly captures everything wrong with what Dolezal did — and by using her own words.

"Follow the money trail," Dolezal said during an organized discussion on the film The Help in 2012 at Gonzaga University, the Gonzaga Bulletin reported at the time. "A white woman makes millions off of a black woman's story."

"Dolezal worried that people might believe this film followed a true story," the Bulletin writes. "She grew worried and frustrated when she saw it in the theaters in Idaho, a prominently white town that rarely shows 'those types of films—black films,' and the audience laughed at inappropriate moments."

Washington Post reporter Abby D. Phillip tweeted this excerpt of the interview on Friday afternoon highlighting the hypocrisy of Dolezal's capitalizing off a fraudulent identity, building a career and persona off it. She is not only an NAACP chapter president but teaches Africana Studies at Eastern Washington University too, all the while implying she understands the African-American experience because she's lived it.

Even her colleagues suspected she was responsible for sending herself threats after she repeatedly claimed she was the victim of hate crimes. It was Dolezal's reporting a threatening package in her post office box which ultimately led to the public scrutiny.

In a February interview with the Easterner, Dolezal also claimed she was of Native American descent, that she had been born in a tepee and was required to hunt and gather her food as a child.

"It's very sad that Rachel has not just been herself," her mother, Ruthanne Dolezal, told the Spokesman-Review Thursday. "Her effectiveness in the causes of the African-American community would have been so much more viable, and she would have been more effective if she had just been honest with everybody."