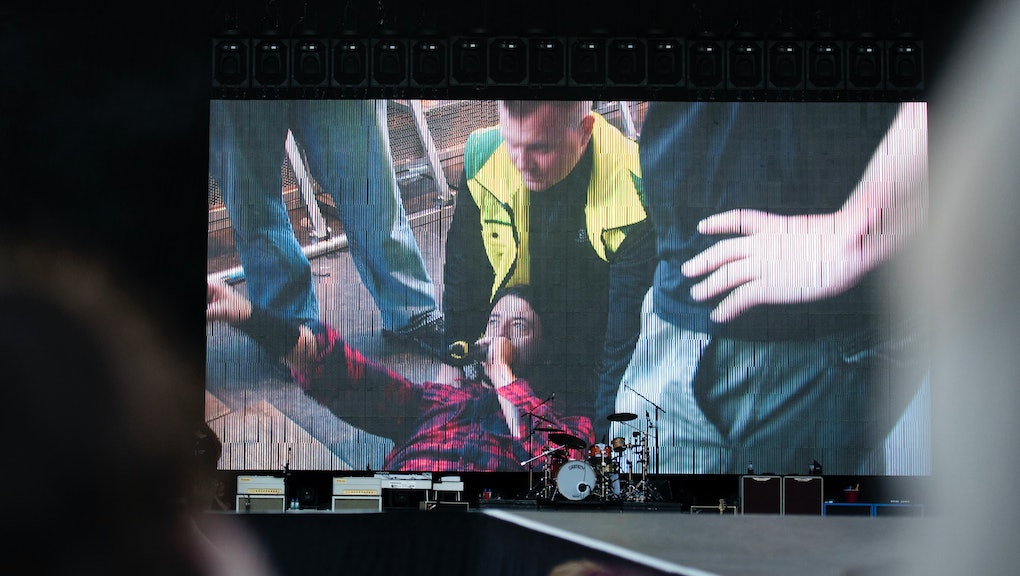 Most of us would call it a night. But after Grohl had his leg treated by a doctor, he returned to play for another two and a half hours.

"I think I just broke my leg. I think I really broke my leg," Grohl had informed the audience, according to the Boston Globe. "Ladies and gentleman, let me tell you right now that I'm going to go to the hospital and I'm going to fix my leg, but then I'm going to come back and we're going to play for you again. I'm so sorry."

Photos of the incident posted to Twitter indeed show Grohl rocking out while a medic continues to treat his injury.

The Guardian reports that Grohl told his audience that "I may not be able to walk or run, but I can still play guitar and scream."

If an X-ray posted to Twitter by the Foo Fighters is any indication, it was a pretty nasty break.

Grohl is scheduled to play two shows in the U.K. before the end of the month; it remains unclear whether the Foo Fighters will be playing them. But Grohl's refusal to let his broken leg keep him from his fans will probably be remembered long after any potential cancellations.