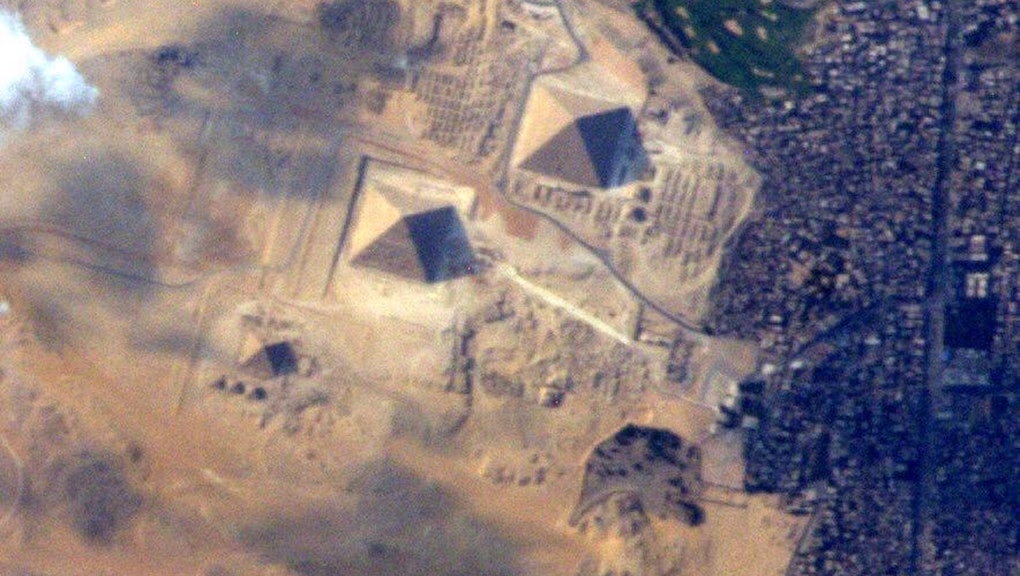 It's a question all of us have asked at one point or another: "Can you see the Great Pyramids from space?"

The answer is of course yes, but until this week the world's history enthusiasts had never had so clear a view as NASA astronaut Terry W. Virts. Luckily, he was able to snap these incredible photos of the Great Pyramids at Giza from the International Space Station on his last day in space on June 10. Here are the amazing shots, in all their glory (and yes, that is the city of Giza encroaching just hundreds of meters away):

As CNET's Amanda Kooser reports, previous efforts to snap a photo of the Great Pyramids from the ISS have ended with considerably less well-taken photos. Here's another effort from European Space Agency astronaut Sam Cristoforetti, who took hers with an (incredibly expensive) 1200 mm lens:

For what it's worth, Virts' last photo in space was pretty good, too.