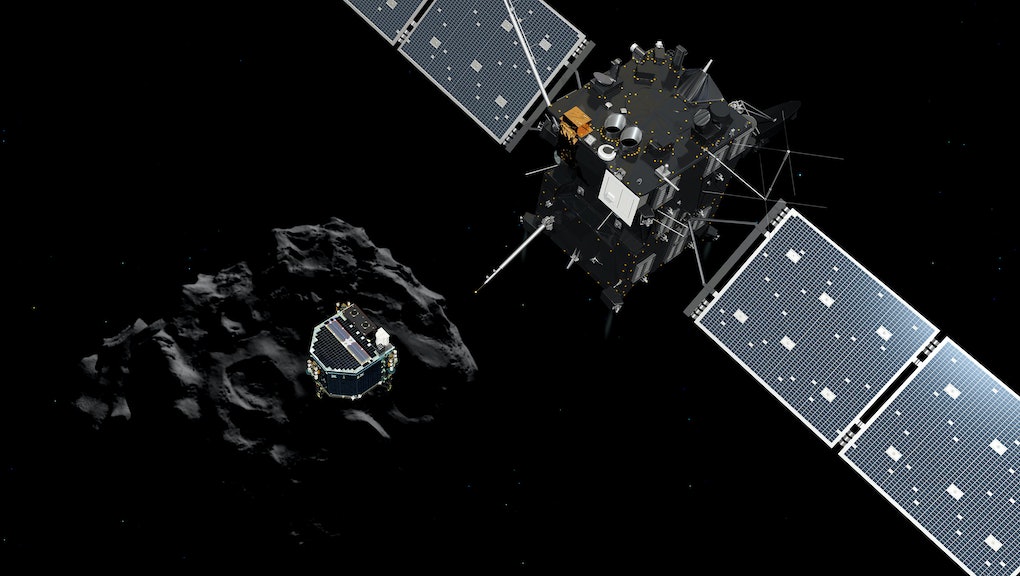 Philae, the first spacecraft to soft-land on or take photos from the surface of a comet, is unexpectedly back months after scientists had concluded a bad landing had taken it out of commission forever.

The European Space Agency sent the ship into deep hibernation in mid-November 2014 after it landed at the base of a cliff on Comet 67P/Churyumov-Gerasimenko, where it was unable to generate the solar power necessary to perform any tasks except transmit a portion of its initial data. Now, seven months later, Comet 67P's orbit has taken it close enough to the sun for Philae to continue operations via the orbiting Rosetta probe that delivered it there.

The ESA commemorated the occasion with an adorable series of tweets:

ESA scientists feared the lander would never operate beyond the initial charge in its 60-hour solar battery. They also warned the low temperatures the lander was experiencing could permanently damage its internal components. But Philae appears to have dodged both possibilities.

"Philae is doing very well: It has an operating temperature of -35ºC and has 24 Watts available," Stephan Ulamec, German Aerospace Center's Philae project manager, said in a statement on the ESA's website. "The lander is ready for operations."

According to the statement, about 8,000 data packets still need to be transmitted from Philae to Earth. The BBC adds that if the craft remains operational, Philae may be able to directly observe Comet 67P sublimate as the comet warms and shoots off a dramatic "shroud of gas and dust."