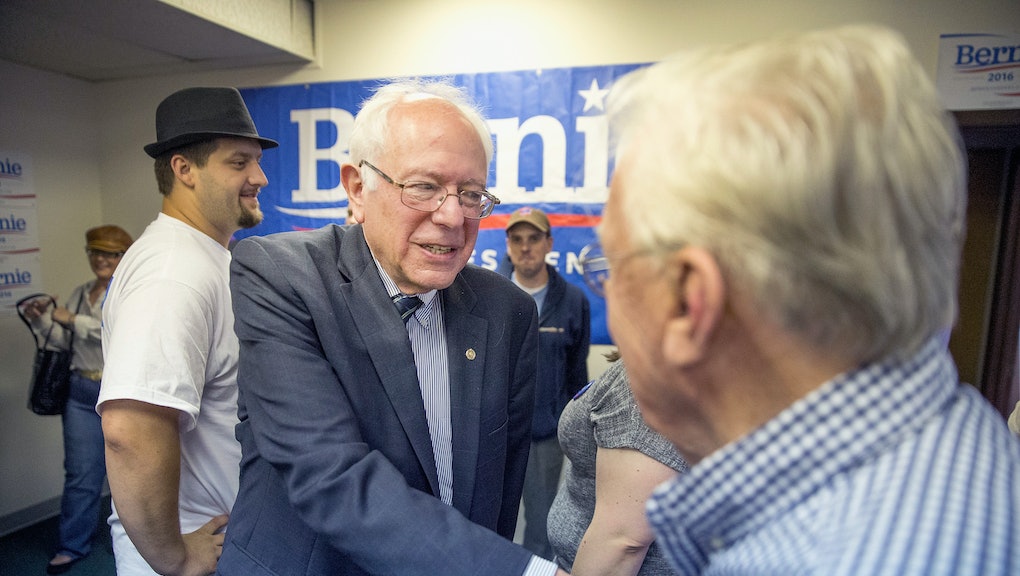 New Hampshire is feelin' the Bern.

A new poll conducted by Morning Consult shows that 32% of Granite State Democrats who plan on voting in the state's first-in-the-nation primary next year say Sen. Bernie Sanders (I-Vt.) is their top choice for the nomination.

Sanders still trails Hillary Clinton, who has the support of 44% of New Hampshire's anticipated voters, by 12 points. The only other person who registers over 2% in the poll is Vice President Joe Biden, who at this point has not expressed any interest in pursuing the nomination in 2016:

Why it matters: New Hampshire is the first primary in the presidential race, and a strong showing there is vital for any candidate who wants to be considered a viable contender in the flurry of contests that follow it. Sanders, who serves as senator for the neighboring state of Vermont, has drawn large crowds in New Hampshire lately, and has been climbing in some polls in the early primary states since he announced his candidacy.

But Clinton's lead among Democratic voters in the early states of Iowa (the first contest of the presidential race) and South Carolina (the fourth) is still formidable. Morning Consult found that she has the support of 54% of voters in Iowa, while Sanders ranks second with 12% and Biden comes in at third with 9%, In South Carolina, Clinton is the top pick for 56% of voters. Biden takes in 15%, and Sanders just 10%.

In the 2008 nomination fight, Clinton came in third in the Iowa caucus, narrowly won New Hampshire, and then lost badly to Barack Obama in South Carolina.

In Iowa, Sanders is not yet a serious threat to Clinton. But his support tripled in Iowa polls between January and May, and he has been drawing large crowds to campaign events.

Clinton's campaign juggernaut provides her with an enormous advantage in engaging and mobilizing voters for next year's primaries. But that's also the exact reason some of those voters won't vote for her — they don't trust someone who's so good at an unsavory game.