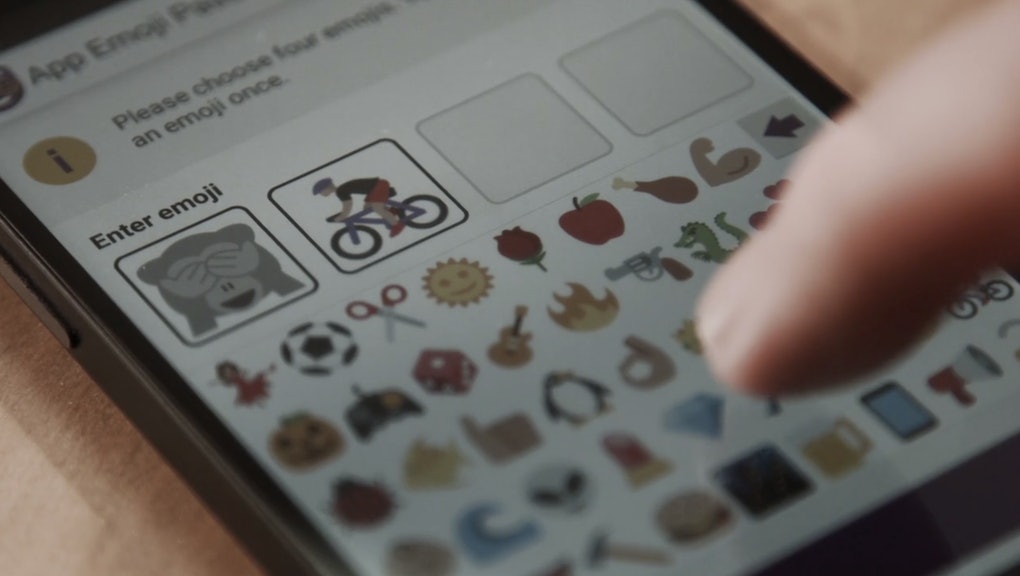 This Is Why All Our Most Important Passwords Should Be Emojis

We already use emojis to laugh, cry, sext and indicate the extremes of our happiness and exhaustion. So why shouldn't we use them to unlock our bank accounts?

A British financial startup called Intelligent Environments has come up with a prototype of an emoji PIN system that banks could roll out to their millennial account holders. While there's a smack of condescension in that idea — young people these days can't handle grown-up letters and numbers, it seems — there are a few reasons why emojis could solve the biggest problems with your bank password.

The first reason: memory. A concept called the "picture superiority effect" says that we're much more likely to remember phrases and ideas as images than if we read them as words.

A combination of four emojis is an easy way to tell small but memorable stories without having to recall strange spellings, acronyms or 0dd JuMbl3s of words, letters and punctuation.

The problem with our passwords isn't just security or memorability—

But the best thing about emoji passwords is security. Since there are 722 current available emojis but only 10 single-digit numbers, there are more possible combinations, or "permutations."

Given a four-digit PIN, there are 10,000 possible combinations, which a good code-cracking device on a stolen phone could figure out by the end of the day. With Intelligent Environments' 44-emoji prototype, there are 3,748,096 combinations.

Include all 722 Unicode emojis and that number increases to 271 billion options.

Our favorite passwords are terrible. Every year, a security firm called Splashdata rounds up all of the stolen passwords leaked across the Web and publishes a report of the most common passwords. The top seven for 2014 were:

"Statistically, it will be harder to crack," memory champion Michael Tipper told the BBC. "But if you're presented with a screen of emojis and you can't be bothered to remember a sequence, you're going to pick the ones in the four corners or the top row — and then you are left with an equally insecure technology."