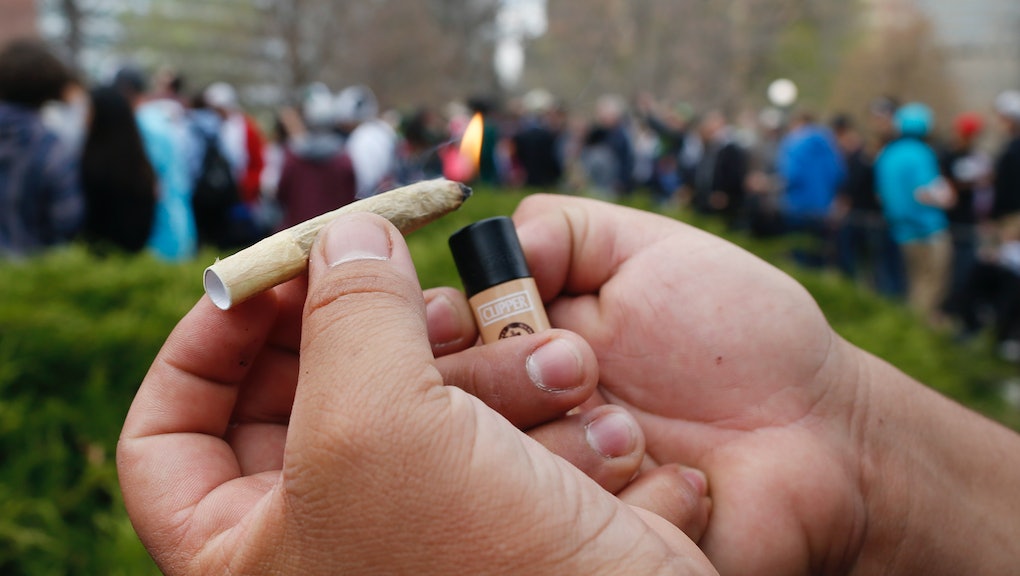 Colorado stoners, prepare for your mellow to get harshed.

In a unanimous 6-0 decision Monday, the Colorado Supreme Court ruled the state's employers remain free to fire employees over marijuana use — even when it's for medical purposes, the Denver Post reports.

The lawsuit was brought by former Dish Network employee Brandon Coats, who was fired in 2010 for using medically prescribed marijuana to control seizures. According to the Denver Post, Dish Network justified the termination via its zero-tolerance drug policy after Coats tested positive for traces of THC.

Coats argued Colorado's Lawful Off-Duty Activities Statute protected him from termination because medical marijuana is legal under state law (as is recreational marijuana) and because he was never impaired on the job. But Justice Allison H. Eid wrote in the court's ruling, "[E]mployees who engage in an activity, such as medical marijuana use, that is permitted by state law but unlawful under federal law are not protected by the statue."

Thus, seriously ill people who use marijuana as medicine as well as their stoner brethren will enjoy no special protection in Colorado from their employers, at least as long as marijuana remains illegal on the federal level.

Why you should care: Colorado voters have been enthusiastic about the state's ongoing experiment with legalized recreational marijuana, and nationally the public now favors federal legalization of weed. But the court's hands were tied by the principle of federal supremacy, which states federal laws outrank all state-level ones.

But while the technicalities of the ruling may seem complicated, the outcome is simple: Colorado workers can be fired for legally smoking marijuana.

While Congress has banned direct federal intervention in state-level medical marijuana programs, the substances remain officially illegal at the federal level. The Drug Enforcement Administration is doing all it can to ignore  restrictions on its prosecutorial powers and go after marijuana users anyway. At the same time, prominent Republican presidential contenders like New Jersey Gov. Chris Christie have promised to reverse the Obama administration's discretionary decision not to crack down on recreational marijuana sales.

The courts looked pretty skeptically at the argument the Lawful Off-Duty Activities Statute covered things that are legal in Colorado but punishable on the federal level. Losing a job is just one of the many ways the federal prohibition on marijuana can lead to recreational and medical marijuana users getting into trouble, even in states where it's otherwise legal. This uneasy tension will likely persist until Congress finally lifts the federal ban on weed, which could still take many years.