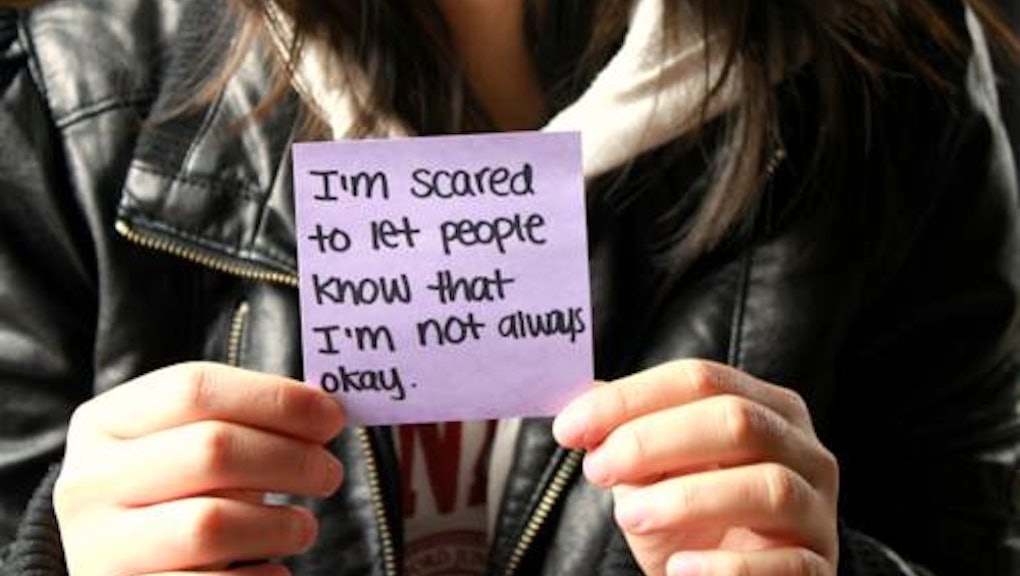 Imagine that in the course of your daily life — while in a meeting, eating in a restaurant or watching TV — you're gripped with panic. Your heart races, you can't breathe, your hands shake. You're certain you're dying.

Plenty of people don't have to imagine this: They've experienced it. This is what a panic attack often feels like. But there's far more to it than just the symptoms alone. Here's what you need to know about what it's really like to experience panic attacks.

Not everybody who has anxiety has panic attacks.

While around 1 in 75 people with anxiety have panic attacks, according to the American Psychological Association, not all people living with anxiety do. In fact, there are three forms of anxiety: social phobia, generalized anxiety disorder and panic disorder. As its name suggests, the last of these forms is the one in which individuals experience attacks.

Symptoms of panic attacks generally include heart palpitations, chest pain, shortness of breath, dizziness, nausea, fear of losing control or dying, and feeling detached from reality or oneself, clinical psychologist Stacey Rosenfeld told Mic. These attacks "typically come on and peak fairly quickly," she said, noting that although they are not life-threatening, they can certainly feel that way to those experiencing them.

Everybody experiences them differently.

Despite these overarching symptoms, panic attacks can also be personal experiences. Individuals with anxiety recently shared vivid descriptions of the unique ways they experience these attacks in a forum on the organization Anxiety.org's Facebook page.

"It's like lying on train tracks with the train coming and you can't get up," one person wrote. Another described attacks as similar to "the feeling you get when you miss a step on the stairs." One commenter compared attacks to being "at the bottom of the pool trying to swim to the top, while my head keeps saying to me that I'm going to die."

There are a variety of potential causes.

Experts have yet to determine what definitively causes panic attacks or panic disorder more generally. There may be a genetic predisposition, according to the American Psychological Association, or a certain biological marker, although one has yet to be found. Some psychologists believe that emotional factors may also contribute to the phenomenon.

"Factors like personality, biology and the issues underlying your anxiety are going to shape the experience you have," clinical psychologist Chloe Carmichael told Mic. "Many times, we experience panic because we're in denial about things that are bothering us. This disconnection keeps us from addressing the issues, and so the tension keeps building till it erupts in the form of panic that we can't quite source."

They're not life-threatening, but should still be taken seriously.

Though certainly alarming and often physically uncomfortable, panic attacks aren't medically dangerous or truly life-threatening, Rosenfeld said. Even so, they also "aren't just in someone's head," but "alarming episodes that cause serious distress."

Furthermore, everybody handles them differently. "While some people might become terrified that everyone is staring at them and can see their struggle, others feel certain that if they can just manage to keep silent no one will know," Carmichael told Mic.

No matter how they outwardly handle it, internally those experiencing these symptoms should "remember that it's a panic attack, that nothing is physically wrong, and that the sensations will pass," Carmichael said.

The attacks themselves are often not the scariest — or most debilitating — part.

Feeling intense fear, chest pains, dizziness or any of the other physiological symptoms of panic attacks is depleting enough in the moment. But many people who have had them note that those symptoms alone aren't even the worst part: That these attacks occur suddenly and without warning and individuals feel completely disempowered to stop them are also debilitating elements of the experience and can affect people's lives beyond the moment of attack.

When panic attacks interfere in an individual's daily life — whether prohibiting plans they make to influencing the way they socialize and beyond — then they are suffering from panic disorder. This can include constantly "worrying about the next panic attack" and "avoiding situations to prevent them," psychologist Rick Warren told the Huffington Post.

While there may not be a cure for panic attacks, there are various treatments and coping mechanisms those who experience them can employ, such as cognitive behavior therapy or medication, according to the National Institute of Mental Health. Ultimately, though, we can all play a part in making a challenging reality a little easier for those who experience panic attacks by treating them with compassion and understanding.