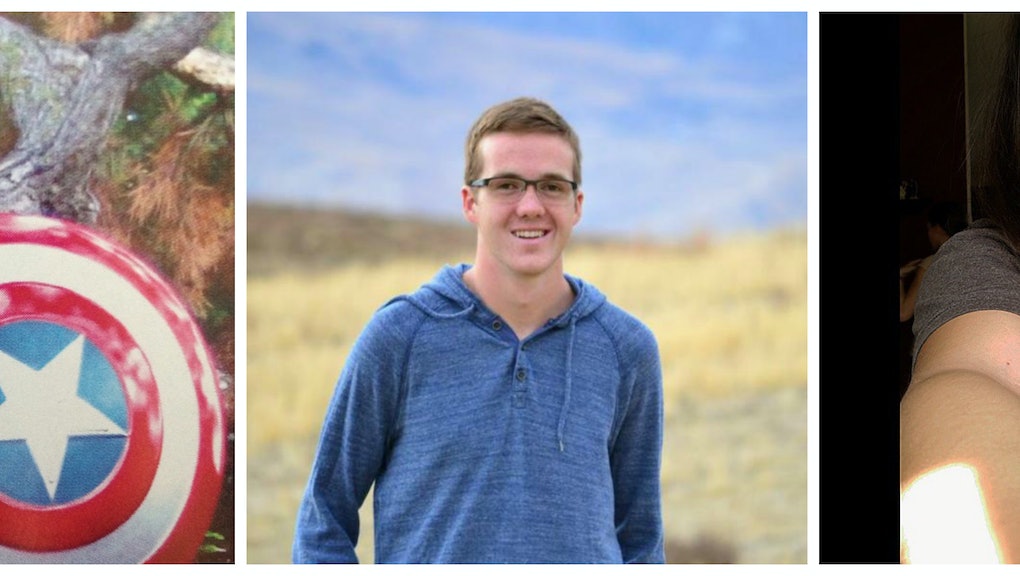 Between classes, college applications, extracurricular activities and friends, most high school seniors don't have much extra time on their hands. Konner Sauve, however, managed to find some — and used it to do something amazing for his classmates.

Using the anonymous Instagram handle @thebenevolentone3, Sauve posted snapshots of over 650 of his classmates at East Valley High School in Spokane Valley, Washington. Each photo features a different caption with a description of the subject's best and most memorable qualities.

"Wild, crazy, and super fun to be around," he wrote for one. "It's definitely safe to say everyone loves you and loves being around you," read another. Though each post differs in its praise, one thing is clear: Sauve wanted his classmates to feel good.

The almost year-old account's purveyor remained unknown until Sauve, the high school's co-valedictorian, delivered his graduation speech to the class of 2015. Before that moment, the students pictured didn't know who was behind the account. On her own photo, for example, Alexis Bossert commented, "I have no idea who you are ... but I just love what you're doing for everybody, I wish I [knew] who you were so I could thank you."

"I was nervous," Sauve, 18, told ABC News of the big reveal. "It got really loud, but they were happy. Some of my close friends were like, 'Why didn't you tell me earlier?'"

His reasoning? Sauve said that he simply wanted to highlight the good he saw in his classmates.

"During the summer, I made the decision to go in and try to make everyone here feel appreciated and recognized for simply being the amazing people they are," he explained in the account's most recent post — a photo of himself. "It is easy for people to be cruel over social media, so I decided to make an anonymous account on Instagram that would counteract the negativity seen today by posting a picture of each student and a paragraph of what makes them GREAT and how other people should see that too."

"In the end, I realized that we are ALL the benevolent ones in our way and actions of how we treat others," he added.

East Valley High School principal Dottie Say told ABC News she couldn't help but tear up during Sauve's speech. "I couldn't believe he was the one that did all these wonderful things for the kids," she said. "It was very positive to raise the morale and address the negativity of social media. He got a standing ovation from all of the seniors."

Some students, at least, noted they weren't surprised by the mysterious Instagrammer's identity.

"He's always going out of his way to make others feel better," 18-year-old Emily Okelberry told ABC News. "It's just a positive change and so heartwarming to have someone say these nice things about you."

Among a deluge of news stories highlighting the terrible problem of youth bullying across the country, Sauve's goodwill project is a welcome shift in the narrative — and a much-needed reminder that it's possible to do good by the people you see every day. Bravo, Konner.