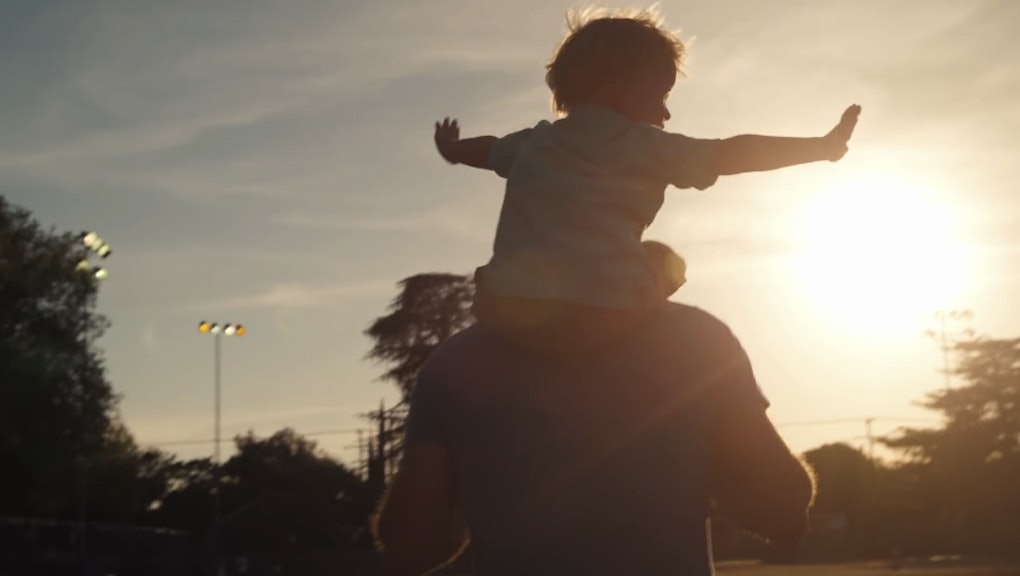 "Advertisers are celebrating Dads in a big way," MSNBC's Melissa Harris-Perry noted in February, observing that many ads that aired during the 2015 Super Bowl contributed to the emerging "dadvertising" trend.

"I presume there are some dads out there who appreciate being portrayed as hands-on, loving parents and not just sex-crazed consumers," Harris-Perry said. But, she mused, given that most consumers are women, are these advertisements authentic portrayals of enlightened masculinity? Or an emotionally charged gimmick meant to convince female consumers to buy certain products?

Harris-Perry's question is certainly crucial to consider, but given the long-held, stringent masculinity standards and a legacy of fatherhood defined largely by detachment, depictions of involved fatherhood are certainly worth celebration.

In honor of Father's Day, here are just a few "dadvertisements" that have made waves and expanded our understanding of modern fatherhood.

A recent poll conducted by Dove, the producers of "First Fatherhood Moments," found that 82% of men believe that having a child changes the way they think about being a man. This super-cut of real fathers' reactions to the news that they're about to embark on this journey shows the heartwarming, early signs of this shift.

Eighty-eight percent of men say they feel that taking care of their family makes them feel strong, according to Unilever's director of marketing, Jennifer Bremner — a concept at the heart of Dove's #RealStrength ad, which features the many ways in which fathers contribute to their children's lives on a daily basis.

Studies show that men want to be more involved fathers than ever before. The number of fathers who stay home to watch children for any reason has nearly doubled since 1989, according to a Pew analysis, and a 2014 survey found that 75% of dads call fatherhood their "most important job," Today Parents reported.

Nissan clearly caught on to this increased involvement and incorporated it into their 2015 ad, depicting a father's persistent commitment to bonding with his son no matter what life throws at him.

"The hapless, bumbling father is a stock character in product marketing," Hannah Seligson wrote in a 2013 New York Times article on the topic. But plenty of men, she added, are "proud to be involved in domestic life and do not want to serve as the comic foil to the supercompetent mother."

"My Bold Dad" presents the alternative to this archetype: An involved father who competently supports his daughter throughout her life, from events as small as capturing a spider to comforting her post-heartbreak to major life decisions.

While many "dadvertisements" do much to expand the notion of fatherhood, they usually do so in a heterosexist context. A recent ad in Coca-Cola's #choosehappiness series, however, features male partners also committing to this new, emotionally involved understanding of fatherhood.

"We choose happiness over tradition — the Van Bergen family," the ad's slogan states above an image of fathers bonding with their son.

Honey Maid also committed to proving that modern fatherhood takes many diverse forms with their ad series featuring a variety of dads, including gay parents, a punk dad, an interracial couple and more.

They even created a breakout extended cut featuring gay fathers and their son.