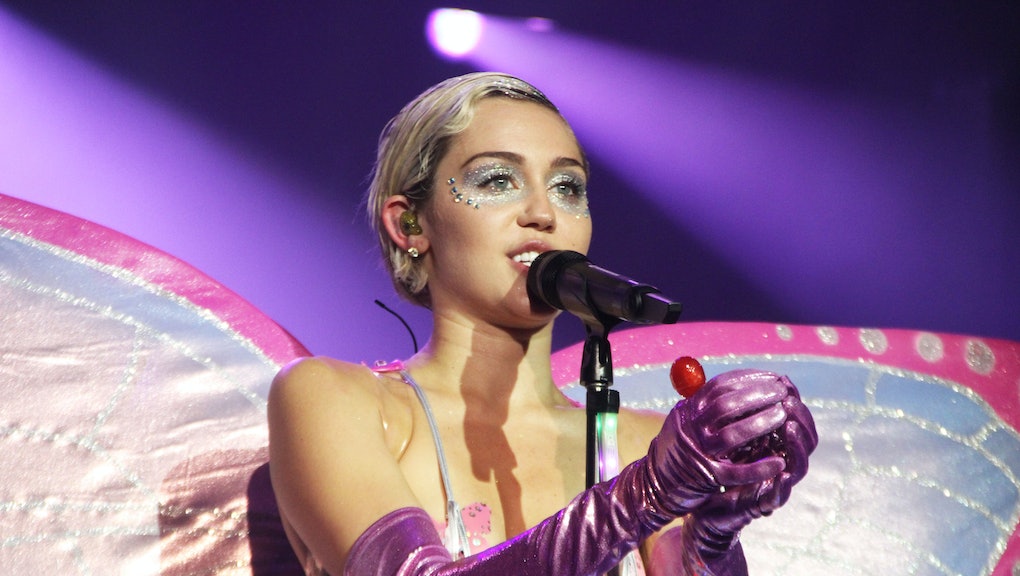 In One Quote, Miley Cyrus Just Summed Up the Dating Struggle Everyone Faces

One-woman truth factory Miley Cyrus has perfectly articulated our emotions yet again — and she's saying it loud enough for everyone to hear.

In a quote-heavy interview with Time this week, Cyrus dropped gem after gem about everything from her gender fluidity to her social media insecurities. But perhaps the most honest and universal statement of all came when she shared her overall sex and dating philosophy:

"Fucking is easy. You can find someone to fuck in five seconds. We want to find someone we can talk to. And be ourselves with. That's fairly slim pickings."

Sex isn't everything: Like Miley said, just fucking would be easy. Or, as Alana Massey put it in a Medium essay titled "The Dickonomics of Tinder," borrowing from writer/lawyer Madeleine Holden, "Dick is abundant and low value."

But our high commitment to dating sites, not to mention the surprisingly low rate at which single people have sex, suggests that we want something more than just dick. We want a connection; in fact, 96% of us believe the best sex is with someone you're emotionally connected with, according to a 2013 survey.

And it goes beyond the bedroom. After all, as many married couples can confirm, sexual passion can fade over time. What stays is a human to human connection, an intimacy that "fucking" can't compare to. That's really what we're looking for.

Miley's on a crusade: When it comes to honest human connection, Miley's on a new mission. In the article accompanying her recent naked-with-a-pig photo shoot for Paper, she opened up about coming out as bisexual to her mother as a teen and sounded off powerfully on gender fluidity.

"I am literally open to every single thing that is consenting and doesn't involve an animal and everyone is of age," she said. "Everything that's legal, I'm down with. ... I don't relate to being boy or girl, and I don't have to have my partner relate to boy or girl.'"

Add her Time comments to this, along with her newly launched Instagram campaign, #InstaPride, the mission of which is "to share stories of transgender and gender expansive people from around the country," and you have a very passionate advocate for the power of authentic human connection, sans boundaries, labels or judgment.

Because at the end of the day, fucking really is easy. But fucking isn't always what matters.