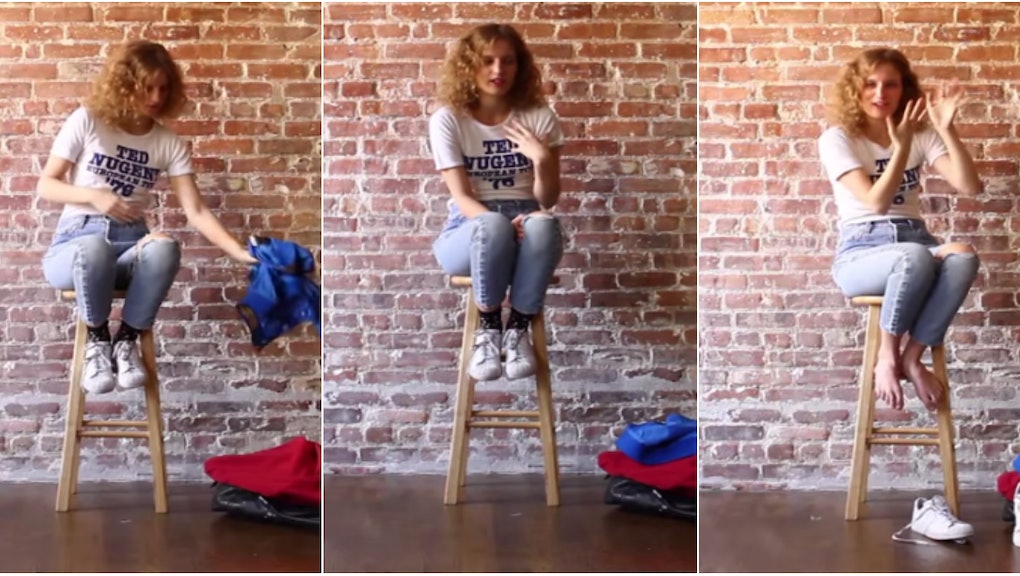 Body hair doesn't come in pink, blue, or have a traditional gender preference.

And yet waxing, shaving, Nair-ing and threading have become female rites of passage. We're conditioned to expect that women groom an ever-growing list of body parts.

The beauty industry has made us feel that way.

In a new video for The What's Underneath Project by StyleLikeU, 21-year-old photographer Petra Collins perfectly sums up why so many women — including herself — are now pushing back against those hair norms and letting their body hair, particularly under their arms, grow.

"I was like, 'Wait, why do I do this every day? And why do I buy things every day to get rid of something that my body's just trying to grow?'"

So where does the pressure come from? As Collins highlights, it's a standard enforced from the outside. To have body hair is to have masculinity as we know it.

The arbitrary distinction between which hair is feminine and which is masculine is not only illogical, but also disempowering: The unfair expectations put on women to continue to be hairless pushes women toward bodily insecurity.

But lately, more and more women are pushing back. In recent months, women across Instagram, blogs and even on red carpets are growing out their pit hair, coloring it, photographing it and promoting it with hashtags. They  are celebrating the very thing society tells them they should remove.

The What's Underneath video series features women discussing their personal style, body insecurities and stories of self-acceptance. For Collins, that's meant growing out her body hair in order to embrace, rather than reject, what her body's given her.

"In the beginning it was weird and hard, because I was so embarrassed." Collins says in the video. "But it's just deprogramming yourself."

It's up to each woman to decide whether or not she wishes to keep her body hair. But Collins opens up a discussion that's worth having — and nails exactly why we feel the pressure in the first place.