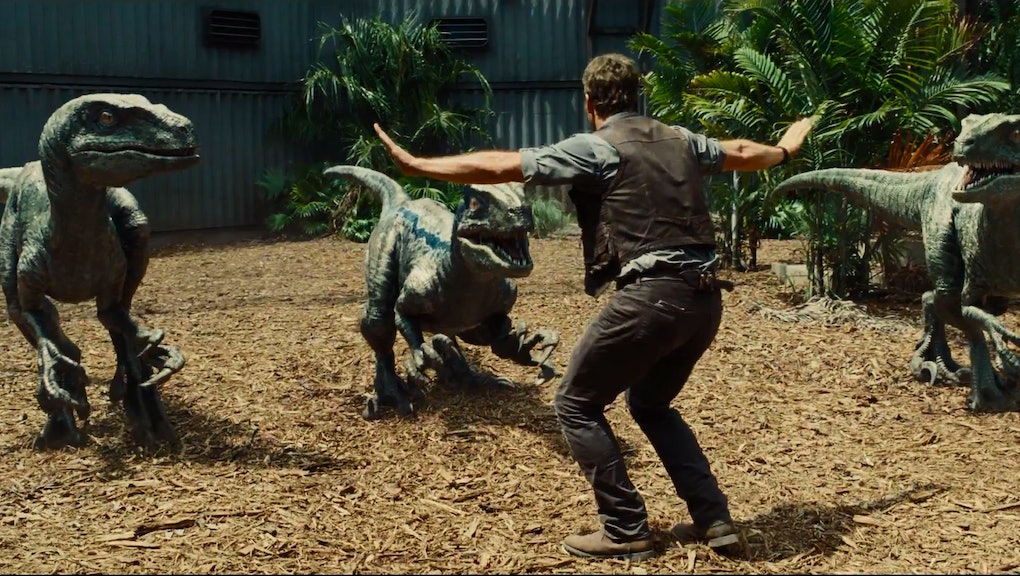 How much would it cost to go to Jurassic Park for a day? The park doesn't exist outside of Jurassic World and the other movies in the Jurassic Park series, but it's fun to imagine. It seems impossible to assign financial value to the experience of seeing dinosaurs live, not to mention seeing Chris Pratt live.

Thanks to a video posted on Stupeflix, however, we can hazard a guess. You better be willing to shell out thousands of dollars for a ticket, though — nearly $7,500, in fact.

The video estimates that the cost of building the park alone would total $23.4 billion. Maintenance would require an additional $11.9 billion per year.

The video uses clear estimates to come up with its numbers, relying on resources like Costa Rican real estate values, prices for cloning dogs as substitutes for dinosaurs and basing its construction estimates on other theme parks around the world. They even imagine what it would cost to dig up a mosquito fossilized in amber.

The costs quickly add up, from buying the islands for both park and dinosaurs:

The team required on an annual basis to keep the park afloat:

Plus total research and development and construction costs, the total adds up very quickly.

To determine how much a ticket would cost, we examined the construction and operation budgets of Disneyland and the largest Six Flags park, Great Adventure.

Though modern Disney parks cost billions of dollars to create, Disneyland itself was a steal back in 1955. It cost $17 million; adjusted for inflation, that's approximately $150 million. According to an investor report from 2007, operating costs are approximately $254 million per quarter, or just over a billion dollars per year. We don't know exactly how much of that budget goes to each park, but as divided between the then-11 parks, that would make for an operating cost of $92.4 million per year.

Comparatively, Six Flags parks cost $300 million to build. According to a 2013 annual report, cost of maintaining all the company's parks was $417 million. They owned 13 parks at the time; again, operating budget wouldn't be the same for each park, but we can estimate about $32 million spent on each park annually.

The cost of a single ticket for an adult to Six Flags Great Adventure is about $45. The same ticket to Disneyland costs $99. Using our rough numbers, one Six Flags ticket covers .0000014% of operational budget plus creation cost, while a Disneyland ticket costs .000041%. We'll use the average of those two numbers to come up with an average proportion of .000021%.

Using this percentage, we can guesstimate, based on Jurassic Park's $35.3 billion combined construction and operation budget, one ticket would cost $7,483.60. That's just one day at the park, not even including the price of a boat ticket to Central America.

The difference in price is positively staggering:

Jurassic Park will need to keep costs under control if they want to stay open. Plus, you know, they should stop letting their vicious dinosaurs run rampant across the park eating people.