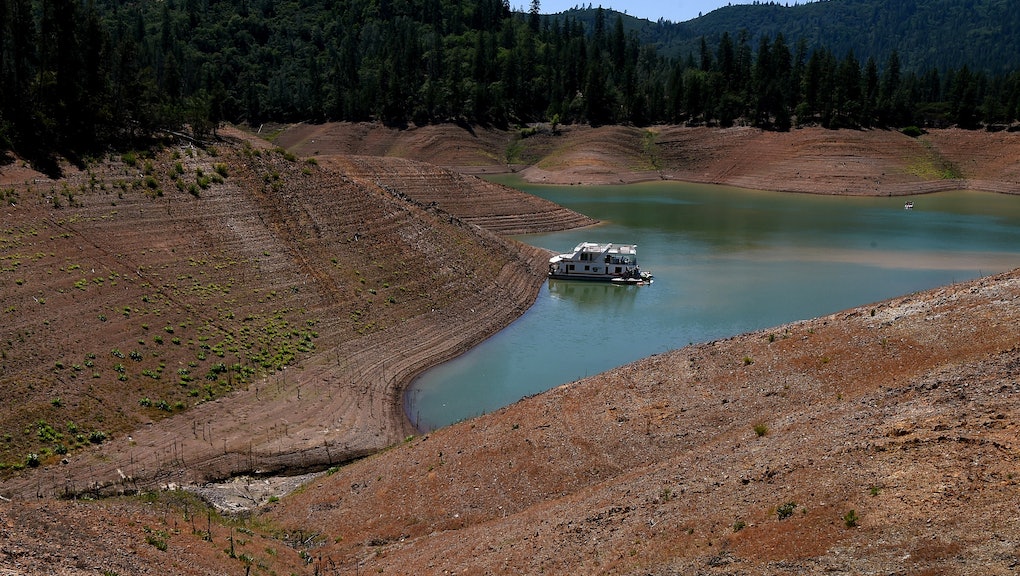 As a resident of southern California's wealthy Rancho Santa Fe neighborhood, Yuhas, like most of his neighbors, typically needs a lot water for his large property. Now, however, with California lawmakers tightening the spigot on all homeowners to help combat the state's years-long drought, Yuhas is speaking out against injustice.

People "should not be forced to live on property with brown lawns, golf on brown courses or apologize for wanting their gardens to be beautiful," he wrote recently on social media, the Washington Post reported. Far from being drought shamed, when California demanded a 25% reduction in water use in April, Rancho Santa Fe homeowners responded with a 9% increase in usage.

"We pay significant property taxes based on where we live," Yuhas, a conservative radio host, told the Post. "And, no, we're not all equal when it comes to water."

The state, however, disagrees. When water restrictions begin on July 1, even the wealthiest in Rancho Santa Fe will have to submit to rationing or face fines, reduced water allowances and, in extreme cases, complete cutoff from the district's water supply.

Turning California's water use rights into open class warfare is an extreme reaction to an extreme circumstance that has pushed the state into desperate measures. Since 2010, California has seen precipitation fall far below average levels, while much of the Sierra Nevada mountains, whose melting snow typically keep the state flush with H20, have been bone dry. Reservoirs and lakes across the state have shrunk to dangerously low levels.

On the other hand, as some users on Reddit pointed out, treating private water use like gasoline could also have its upsides, especially during times of scarcity. While they may be in bad taste, water-guzzling estates and golf courses contribute only a fraction of the problem to the state's larger water woes.

In all, roughly 80% of all "human water use" in California is taken up by agriculture, according to the Public Policy Institute of California. Allowing the ultra-wealthy to pay high fees for unlimited water use would be a relatively painless way to raise money that could be directed towards other badly needed infrastructure projects in California — like desalinization plants.

NASA scientists have speculated the current drought could be the beginnings of the kind of decades-long mega-drought not seen in 1,000 years. If that proves to be even slightly true, no amount of rationing or high water use fees will be able to perpetuate the current system. A new system, perhaps using desalinated seawater, perhaps something else, is something both rich and poor alike should get behind.