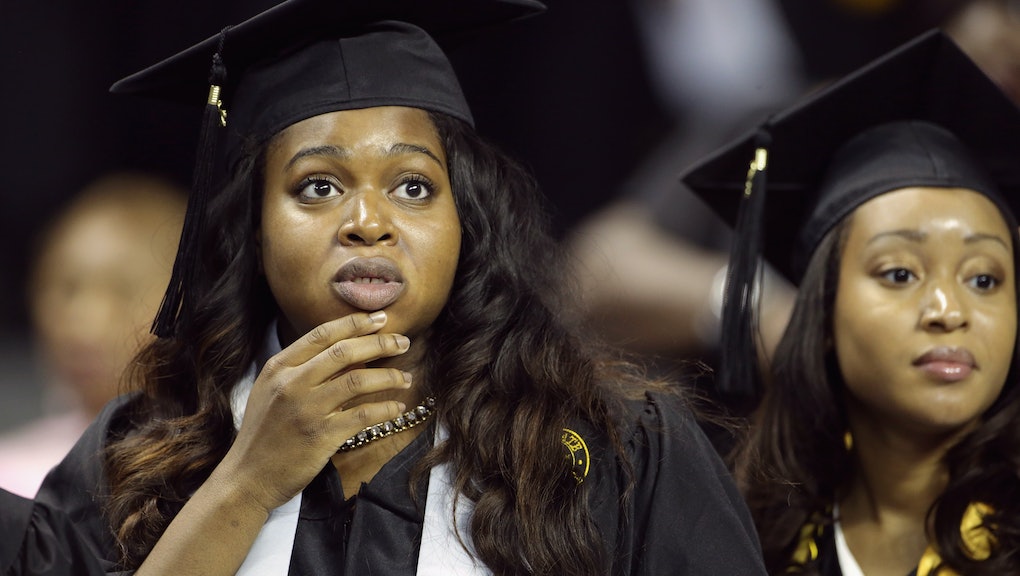 If You Care About the Rachel Dolezal Story, You Need to See These 9 Statistics

The baffling saga of Rachel Dolezal has entered its fourth day of news cycle frenzy.

When news broke Friday that the supposedly black then-president of Spokane, Washington's NAACP chapter was actually a white woman, it seemed a mildly diverting and deceptively simple story at best, and a troubling, potentially tragic one at worst.

Many more details have emerged since then: Dolezal's biological brother, Joshua, is being tried in August for the alleged sexual abuse of a black child in 2013, and Dolezal is reportedly involved; Dolezal herself has claimed to be the victim of numerous anti-black hate crimes; Dolezal once tried to sue Howard University — the historically-black university she attended — for discriminating against her because she was white; and in an interview this morning on the Today Show, she said she "identifes" as black.

All have been couched within a broader, at times baffling conversation, involving dubious Caitlyn Jenner comparisons and the topic of "transcracialism" — or as Melissa Harris-Perry framed it, to much ridicule, "Is it possible that [Dolezal] might actually be black?" And none of it seems to make any more sense now than it did last week.

But amid the seemingly endless news coverage of the Dolezal affair, one thing has become clear: One white woman's ongoing identity crisis has somehow outstripped the truly pressing matters affecting black people across the United States. Our time and energy would be much better spent addressing issues that impact the historically disenfranchised members of our society.

Here are some of those issues:

(National Partnership for Women and Families)

(Stanford Center on Poverty and Inequality)