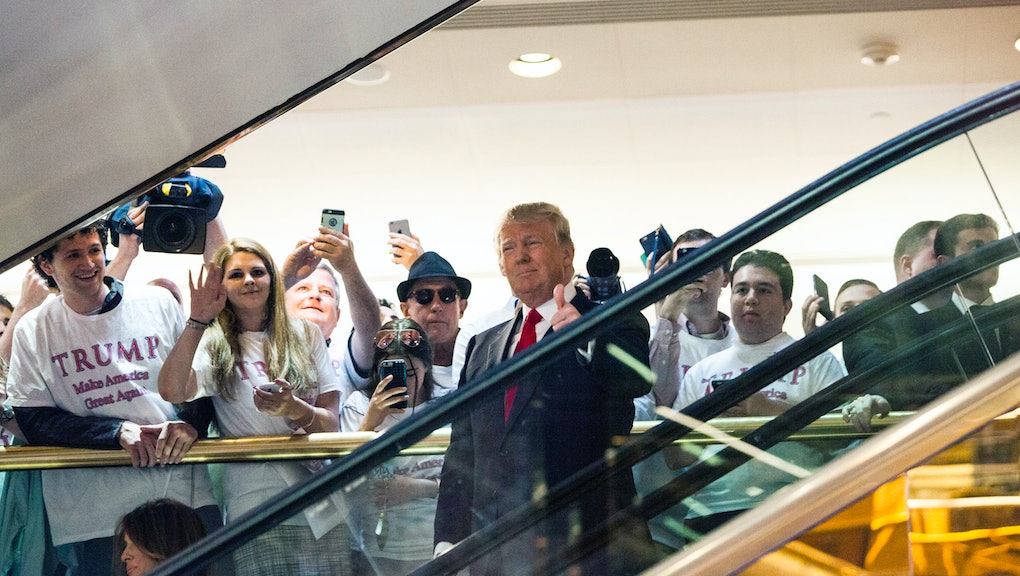 On Tuesday, billionaire right-winger Donald Trump announced his campaign for president of the United States in what will probably be remembered as one of the most unintentionally funny speeches of all time.

In a rambling dialogue that touched on everything from Mexican rapists to the sun and moon and how Republican candidates are groveling at his desk for his support, the Donald's speech seemed unscripted and at times veered dangerously close to incomprehensible.

Here are 15 of the most head-scratching moments from Trump's big day, which are all the more confusing when you realize he's been flirting with a presidential run since 1987.

"I watch the speeches of these people, and they say the sun will rise, the moon will set, all sorts of wonderful things will happen, and people are saying, 'What is going on? I just want want a job.'"

"Well, you need somebody, because politicians are all talk and no action. They will not bring us — believe me — to the Promised Land."

"Doctors are quitting. I have a friend who is a doctor, and he said to me the other day, 'Donald, I never saw anything like it. I have more accountants than I have nurses.'"

"I will be the greatest jobs president that God ever created."

"Free trade is terrible. Free trade can be wonderful if you have smart people. But we have stupid people."

"The U.S. has become a dumping ground for everybody else's problems. Thank you. It's true."

On the Islamic State group:

"Islamic terrorism is heating up!"

"Last week I read 2,300 Humvees — these are big vehicles, they were left behind for the enemy. You would say maybe two, maybe four? Twenty-three hundred sophisticated vehicles."

"I have so many websites. I have them all over the place. I hire people ... it costs me three dollars."

"We have a disaster called the Big Lie — Obamacare."

With the GOP primaries still months away, as long as Trump stays in the race, expect to hear plenty more of these kind of quotes from the man best known for saying "You're fired!"