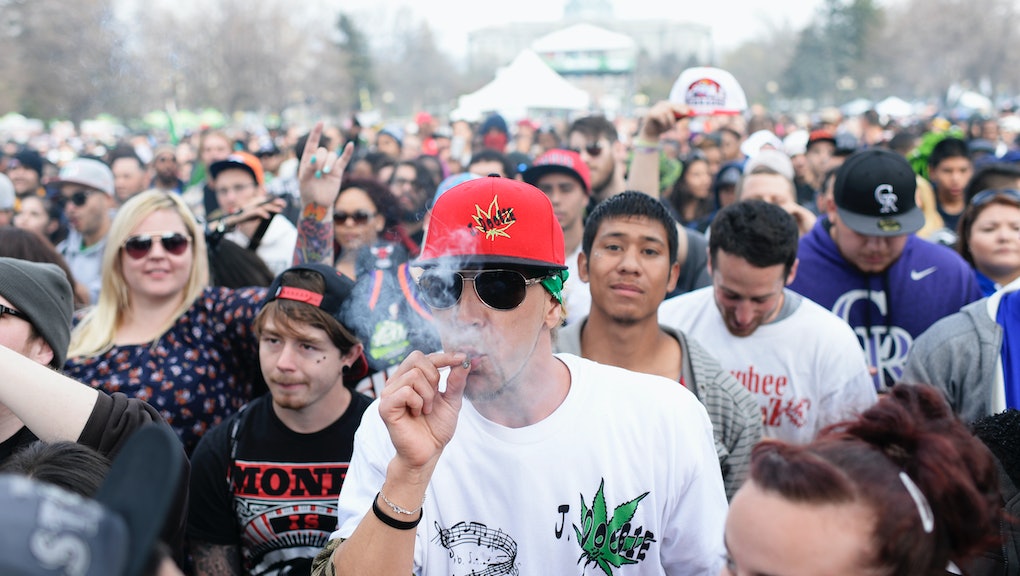 A wide-ranging study on the effects of legalizing medical marijuana found recreational use among young students is falling in states where marijuana is available by a doctor's recommendation.

Researchers at Columbia University Medical Center in New York found that eighth-graders in states where medical marijuana laws were passed actually became significantly less likely to smoke pot. The study offers remarkable new evidence suggesting a state's decision to recognize the drug as a legitimate treatment for illness altered "adolescent attitudes towards the acceptability and riskiness of marijuana use."

Published in the Lancet Psychiatry, the study analyzed the prevalence of marijuana use among more than 1 million teens over the course of 24 years. Researchers are careful to note that added vigilance among parents and more robust regulation of marijuana sales in medically legal states may have also contributed to the drop, but said more research was necessary to nail down the exact cause.

Still, the broader theme is beyond question. Despite dire warnings from politicians and commentators, the nearly two decadelong revolution that brought medical marijuana to 23 states and Washington D.C., has done nothing to increase the use of the drug among young Americans.

"Our findings provide the strongest evidence to date that marijuana use by teenagers does not increase after a state legalizes medical marijuana," lead researcher Deborah S. Hasin, an epidemiology professor at Columbia, said in a statement following the release of the study.

The sharpest drop, as noted above, is with eighth-graders, whose usage fell an average of 2.2% after their states changed the law. Taken as a whole, states that made marijuana legal for medical use saw teens of all ages smoking less — the rate falling from 16.25% to 15.45%.

Researchers drew their information from an annual survey of eighth-, 10th- and 12th-grade students from 400 schools across the country called "Monitoring the Future." Distribution and analysis of the anonymous questionnaire is funded by grants from the National Institute on Drug Abuse, an arm of the federally backed National Institutes of Health.

The next step: This latest round of research should provide lawmakers, in states and on the federal level, with further clarity and evidence as they makes the case for legislation to legalize medical marijuana.

At present, there are bipartisan bills in both chambers of Congress that would reclassify marijuana as a Schedule II drug with legally accepted medicinal value. If passed and signed into law, veterans would be granted equal access and civilian patients would finally have their courses of treatment decided by physicians and not politicians.