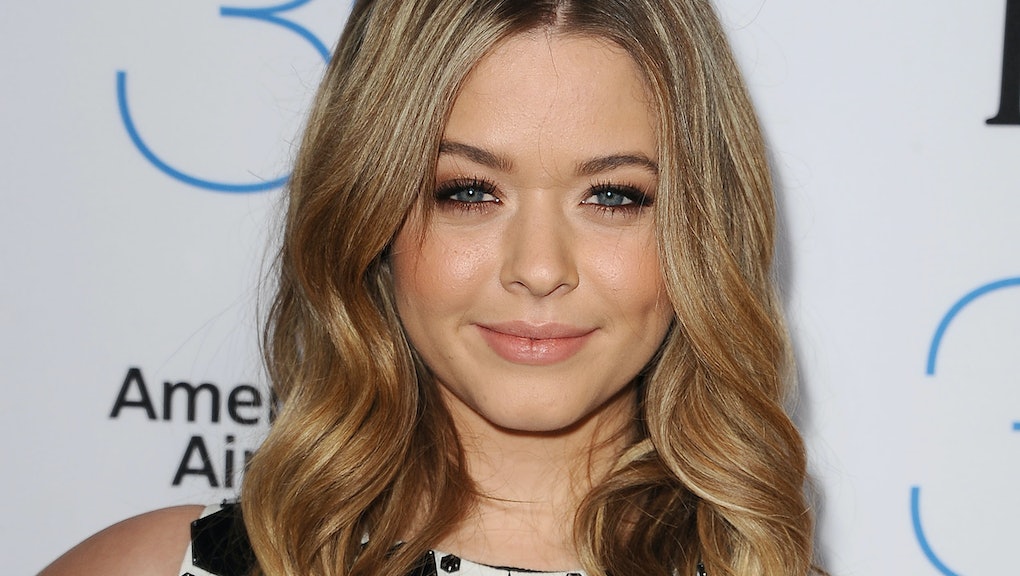 It seems that dissecting celebrities' bodies has become something of a national pastime. Everyone from radio jockeys to media personalities to supposedly reputable websites participate in evaluating famous bodies.

Pretty Little Liars actress Sasha Pieterse is no stranger to this scrutiny. In fact, she recently felt compelled to address comments about her apparent weight gain on her Instagram account.

"As a lot of you have noticed my body has gone through some changes, and I want to clear the air and give you an explanation," Pieterse wrote last week. "I have been facing a bad hormone imbalance that has thrown my body completely out of whack. I want to assure you that I'm healthy and getting everything back on track!"

Women and weight: It's unfortunate the 19-year-old feels she owes the public an "explanation" for disparaging thoughts or comments projected on to her body, and yet perhaps not surprising. Women today feel the pressure to have thinner bodies and to diet at increasingly younger ages: 1 in 4 children has engaged in some type of dieting behavior by age 7,  and 80% of 10-year-old American girls have been on a diet, according to a recent Common Sense Media report.

"We live in such a [judgmental] society that puts every kind of flaw, including weight gain, in the same category," Pieterse continued, unfortunately further casting her body in a negative light by framing her weight gain as a flaw.

It's discouraging that Pieterse regards her body this way, but also undeniable that those in the public eye are unfairly upheld as models of physical perfection. This position likely comes with incredible pressure, but — as studies show — is also incredibly influential. It's a double-edged sword that celebrities have previously chosen to manage in other, arguably more self-supportive ways, including humor, actively telling off critics and beyond.

What really matters: Despite apologizing for her changing body and framing it as flawed, Pieterse managed to close with a crucial call to action. She urged any fans similarly "struggling with any health problem" to "deal with it in a healthy manor [sic]."

"YOU and YOUR health are what matters, not anyone else's opinions and assumptions of you," Pieterse concluded.

Ideally, Pieterse should not have had to post a public proclamation about her body but her point about all bodies — that health and well-being should be prioritized above all — are valuable messages worthy of such a public platform.