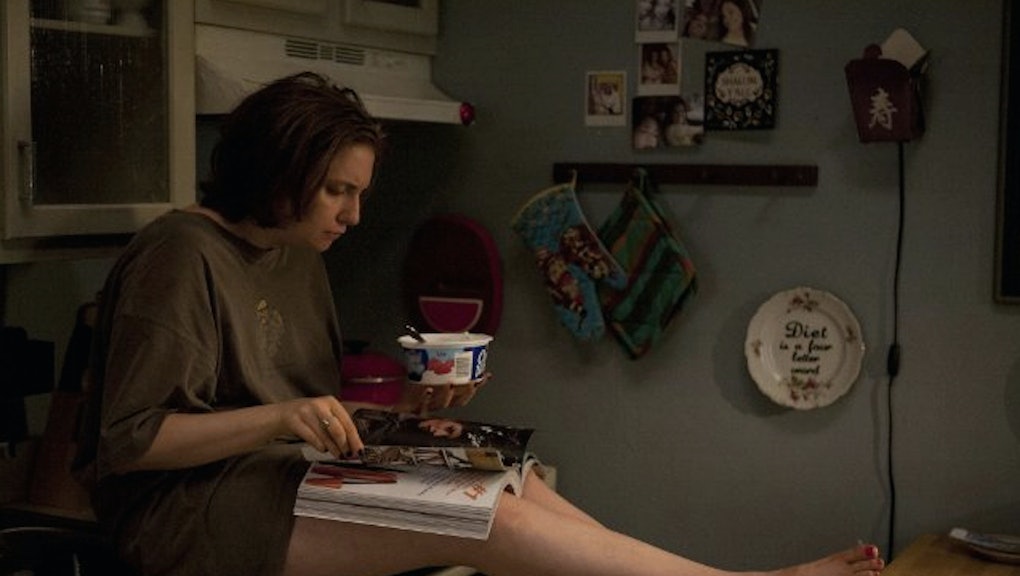 Are You Actually a Grown-Up? New Survey Has the Surprising Results

Are you actually a grown-up?

According to a new Allstate/National Journal Heartland Monitor poll, we've set the standards pretty darn high — and we're basing it on financial and career achievements, not personal ones.

The 23rd installment of the poll, covered by the Atlantic, asked two groups of Americans — those ages 18 to 29 and those over 30 — to find out what kinds of life accomplishments signify the start of full-fledged adulthood. The results? "'Growing up' is seen by most to include a supervisory job with a career path, an advanced degree with student loans paid off, getting married and having children," the researchers noted.

The adulthood checklist, as agreed upon by both young and older people:

• Forty-five percent of respondents believe that "a job that is part of a long-term career" is the marker of adulthood, not simply "working a full-time job" (20%) or "a skilled job with benefits" (23%).

• Getting cut off by your parents as adulthood? Actually, 35% said "having disposable income and a long-term savings plan" meant you've nailed your finances, as opposed to simply not living paycheck to paycheck (25%).

• The majority of respondents said buying or owning a home was the sign of adulthood, not merely moving out of your 'rents' house.

So do you meet all the criteria of adulthood, as set by ourselves? Yeah, we didn't think so.

Benchmarks we're not meeting: We've set some very standards — ironically, ones that we, of all generations, will find harder to reach. Only 1 in 6 young respondents thought that being in an exclusive relationship or living with a long-term partner were grounds for adulthood, and yet millennials are more likely to put off marriage and having children until their late 20s.

We talk about savings plans and home-owning, but we've got more student debt, slimmer job prospects, low home-owning rates and career aspirations that include meaningful work.

"I don't know who my peers are because people my age either seem to have established careers or parental support, whereas I feel like I'm clawing tooth and nail without either and getting nowhere," Cody, 27, previously told Mic.

Added Leslie, 25, "On paper, yeah, it seems like my shit is together. But I don't feel that way. I definitely still feel mentally like a child."

Why it seems harder to feel successful: It's no surprise that according to National Journal, a full 78% of adults believe that it's much harder today to meet the classic milestones of adulthood.

"Young people who are still getting started in life were more likely than older adults to prioritize personal fulfillment in their work .... and to agree that couples should be financially secure before getting married or having children," Ronald Brownstein writes for National Journal's first poll.

But perhaps we're selling ourselves short when we idolize traditional goals like marriage and buying a house.

Despite the late marrying age, we're still developing deep and meaningful relationships, with nearly half of us living with a significant other at some point, according to one National Survey of Family Growth measure. And jobs? We're able to stay at them for about two or three years, and perhaps even ditch it all and start over if we're inspired (and have the means).

So what's going to make us suddenly feel like we're not just "starting out" and we're actually "mature" and "adults"? When we realize sipping on a Capri Sun while living month to month at a job we love and dating around is just fine — and totally adult.