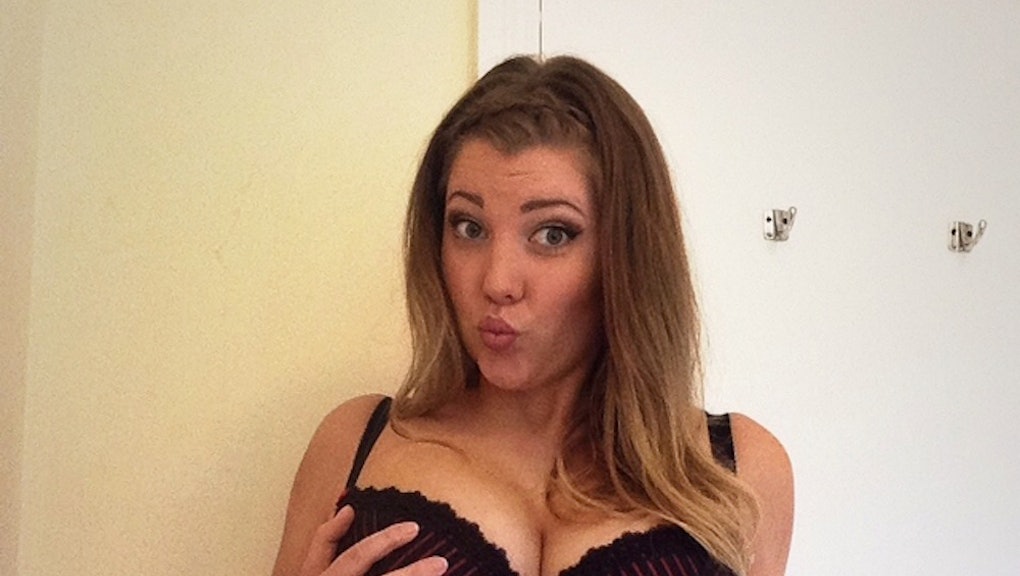 About a week ago, thousands of individuals began posting photos of themselves performing a contortionist-esque "belly button challenge. Though certainly strange, the test — which gained traction on Chinese social networking site Weibo — is hardly shocking in the context of an Internet culture that has produced worse.

But it turned out this challenge was more than a mindless, viral trick: it reinforced a narrow understanding of "healthy" body image. The vast majority of those who documented themselves successfully completing this challenge were thin women, and their ability to do so seen as evidence of their "good" figures, according to Shanghaiist.

The belly button challenge, Curvy Kate wrote on Instagram, is "ridiculous" and "there are far more important things to be doing with our bodies." One such superior challenge actually based on widely recognized standards of health? Encouraging women to self-perform breast exams to prevent breast cancer.

According to the organization Coppafeel — which advocates for women to perform self-breast examinations and to which Curvy Kate directs their followers — most breast cancers are first discovered through self-checking. The organization even provides a guide for how to effectively perform such exams.

Considering that 1 in 8 women will experience breast cancer in their lifetime, the few minutes spent "copping a feel" in the name of health seems far superior to doing so in the name of rigid body standards. Rather than participate in the belly button challenge, "Why not spend time doing a boob check and sharing that — which is a far more positive health message, and could actually change your life!" Curvy Kate spokeswoman Hannah Isichei told BuzzFeed.

"There isn't one type of perfect, one ideal shape or size and there definitely isn't only one way to be healthy," Isichei said. "We have a strong, passionate and intelligent audience and we knew they'd help us stand up to the body-shamers out there."