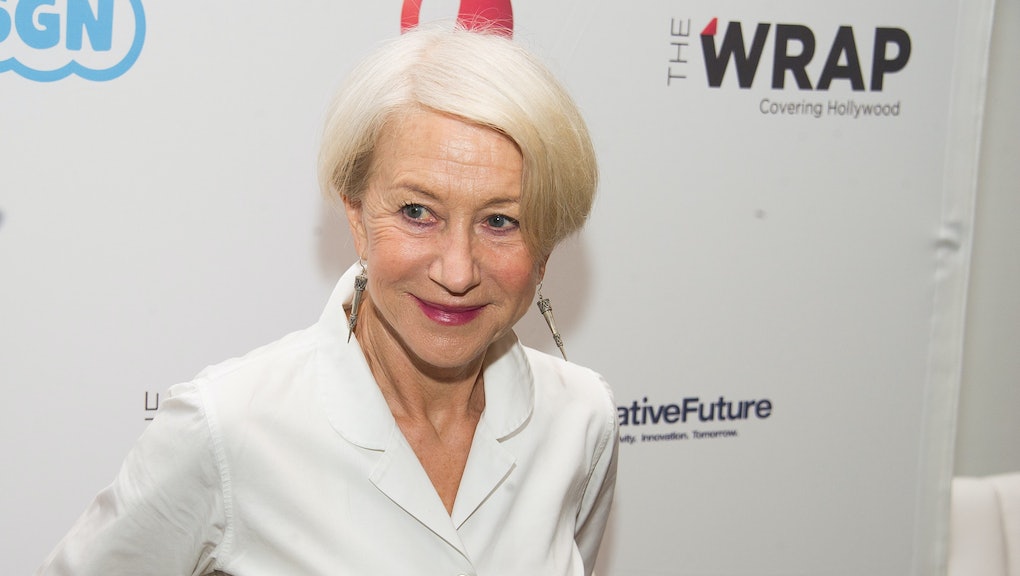 During a talk at TheWrap's Power Breakfast in New York on Tuesday, when the conversation turned to a Maggie Gyllenhaal interview from April, in which the 37-year-old actress said she was considered too old to play the love interest of a 55-year-old actor, Mirren became incensed.

She immediately responded by describing Hollywood ageism as "outrageous," "ridiculous" and "annoying."

"And 'twas ever thus," Mirren reflected, with a fitting Britishism.

Mirren used as an example James Bond, a character who became increasingly "geriatric," while his lovers are perpetually "younger." She concluded with an exasperated growl:

Mirren also shared her distaste for being known as a sex icon of her generation. "I don't like the word 'sexual.' There are people who are sexual, and who are less sexual. But there's got to be another word. Sexual is so limiting," the 69-year-old Oscar winner told TheWrap.

Instead of being singularly hot, Mirren would rather be "hot and cool." There's more that makes a woman compelling than just beauty, according to the actress. "Being powerful is so much more interesting than being beautiful."

Hollywood ageism is a syndrome women are taking on in an increasingly public manner. A recent Amy Schumer sketch about a melange of female public figures' "last fuckable day" critiques the way society applies "expiration dates" to women's sexuality and attractiveness.

If enough women join the rally against ageism, a social shift will follow. This isn't a bias that only bothers actresses; it applies to all women. For now, until that change comes, we need more Mirrens.