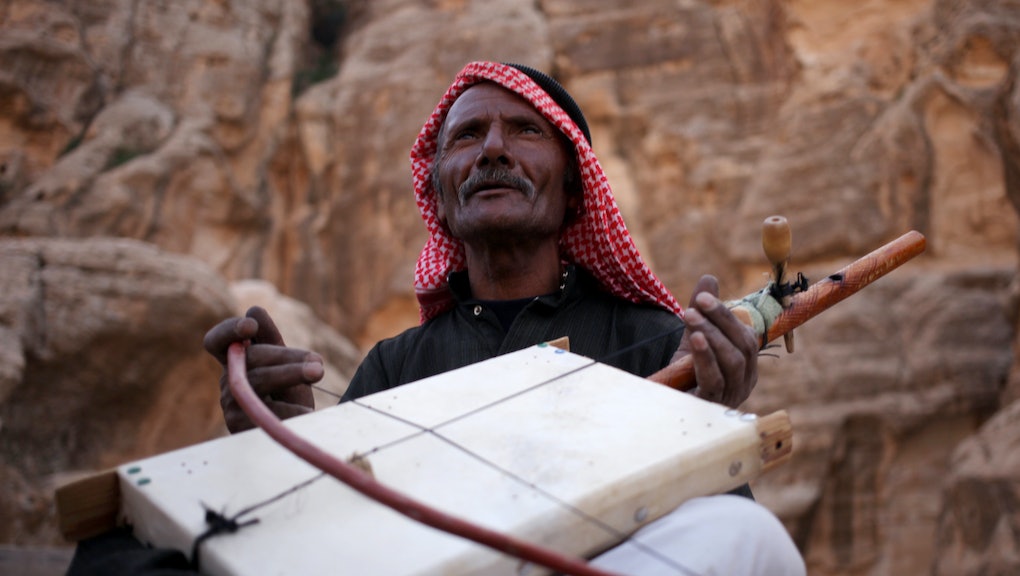 The Scientific Theories Behind 9 of the Biggest Mysteries in Music

"Why does music, being just sounds, remind us of the states of our soul?" Aristotle once asked. His question has been asked again and again in various forms by the greatest minds in history. It baffled Darwin and Kant. In 1969, famed anthropologist Claude Levi Strauss called music "the supreme mystery of the science of man."

With the advent of modern neurological research and scientific inquiry, we've made some progress into finding out exactly how and why music works. But we're still far from answers on so many fronts. The smaller, more specific questions concerning music also elude us — questions like: Why do songs get stuck in our heads? Or why do we dance?

Here are some of the most intriguing questions about music we are only just beginning to understand.

1. Why did we evolve to respond to music?

When Darwin was constructing his theory of evolution, music was one of the most difficult adaptations he tried to explain. "Neither the enjoyment nor the capacity of producing musical notes are faculties of the least use to man in reference to his daily habits of life, they must be ranked among the most mysterious with which he is endowed," he wrote.

He believed music must serve some purpose in sexual selection, like bird song, helping males and females impress mates. Research out of University of Sussex suggests he might not be wrong. They found women at the peaks of their menstrual cycles were notably drawn to composers creating the most complex music.

But a number of scientists think music serves other adaptive functions even beyond reproduction. No historical or fossil record exists to prove this, but it's likely human music and language came from a common protomusical ancestor. Anthropologist Ellen Dissanayake suggested in 2009 that music's ability to synchronize people's bodily rhythms can help bond social groups and create kinship where there might be competition. Going even further, the Scientific American noted a 2012 study that proved music can also synchronize individuals' thoughts. Groups of humans that could master music might be better able to create a shared identity and thus survive.

2. Why does it make us feel so strongly?

Processing music engages a large portion of the brain, and it's inextricably bound with our emotional processing centers, such as the amygdala and the hippocampus. Evolutionarily, we are finely tuned to respond immediately to threatening sounds, and music manipulates these pathways to a certain extent. A 2013 study found that our visual cortices are far more engaged when we listen to scary music — just as they are when we hear threatening sounds.

All our emotional response to music arises from the tension between our expectations and the actual resolution of musical passages. A 2011 paper by a team of Montreal researchers found that the most intense emotional responses come from music that holds back the harmonious resolution we expect for extended periods. However, the way that we go about establishing our expectations is still a subject of intense scientific debate.

3. Are our responses to music universal or learned through our cultures?

Every culture's music has idiosyncrasies that determine how people respond to it. For example, a 2012 analysis by Duke-National University of Singapore found that Western music relies more heavily on musical either major or minor thirds to establish a happy or sad feel to music, while Indian Carnatic music relies more on major and minor sixths.

"People have been trying to figure out for quite a while whether the way that we react to music is based on the culture that we come from or on some universal features of the music itself," Stephen McAdams from McGill's Schulich School of Music, said according to Science Daily. Research he shared in January of this year suggests it might not be an either/or scenario.

McAdams had Canadian and Congolese people listen to music from the other's culture and attempt to identify the emotions being communicated. Both groups a high degree of success identifying the emotions. However, the intensity of the emotions they felt were modified by their cultural precepts. Congolese people did not respond to the sad music as powerfully, as their culture primarily uses music to convey joy.

The urge to move while listening to music with a beat is sometimes so strong it can be difficult to control. Science has found that listening to music causes blood to rush into one's legs, which may be what creates one's urge to tap their feet. Music listening activates the cerebellum, a primitive structure at the brain's base, which helps break down auditory signals into component parts, such as pitch, timbre and volume. The cerebellum is also heavily involved in the coordination and timing of movement. So the way our brains process music necessarily translates it into movement.

The origins of dance share many of the same characteristics as music. A 2005 study indicates that the best dancers tend to be people with the most symmetrical bodies. Therefore, skillful dancing can indicate good genes. Additionally, watching someone else dance engages mirror neurons and can serve to synchronize bodies and minds as well as to facilitate emotional connections. Dance, like music, has helped keep us together since the dawn of consciousness.

5. Why do songs get stuck in our heads?

A huge portion of the population experiences earworms — or songs that get stuck in our heads — at least once a week. They can range from unintrusive to pleasant to absolutely maddening.

Earworms are difficult to study in the laboratory setting since they arise involuntarily — most research involves diary studies, in which people record their listening habits and the sensations accompanying an earworm. Researchers have a few theories as to how they arise. Earworms tend to arise when someone is stressed, tired or idle. An earworm is essentially a way for the brain to occupy itself by singing songs it knows well or has heard recently.

Earworms could be an attempt for the brain to induce its own emotional states, or it could be a matter of unsatisfied expectations. In fact, one of the best ways to cure an earworm is by listening to the song in full to satisfy the mind's craving. But until scientists figure out how actually to induce an earworm in a lab — presumably with a menacingly catchy pop song from Taylor Swift — we'll never know for sure.

6. Why is popular music popular?

Pop music is constantly slandered by listeners and critics for being simplistic, vacuous and endlessly derivative. And yet it still remains popular. But it's surprisingly easy for terrible songs to become hits, so long as they're presented to audiences the right way.

In a 2008 study published in the Social Psychology Quarterly, participants listened to and rated a list of songs. The researchers presented one group of listeners with the songs arranged in no particular order, while another group had the songs ranked according to popularity. The researchers wrote, "Participants who were aware of the behavior of others were more likely to listen to songs that they believed were more popular."

The music industry is well aware of this fact. Many programs such as Clear Channel's On the Verge attempt to force the semblance of popularity by playing chosen songs over and over again on their stations. Iggy Azalea's "Fancy" benefited tremendously from this in 2014.

7. Why does shared musical taste help us fall in love?

Musical tastes are one of the first and most common things people discuss when they're meeting each other for the first time. This is because many believe music is a telling social "badge" that can communicate one's values and personality traits to others. Several studies have found some compelling links between musical preference and personality. Fans of aggressive, high energy music tend to be extroverted with commanding social presences, while fans of jazz, blues and folk tend to be more open to new experiences and more emotionally stable than pop fans.

When we meet people who love similar artists as us, we're seeing more than a shared affinity for specific beats or musical mood — we're seeing shared values. According to a 2006 study, "individuals consider their preferences for music more revealing of their personalities than their preferences for books, clothing, food, movies, and television shows." And a 2011 study found that when we find out another person shares our music tastes, we like them more.

8. Why does our musical taste form so young?

Like many developmental factors, there seems to be a critical period for the development of one's musical tastes. It begins at 14 and peaks around 24.

There are several reasons why this may be. One has to do with the joys of puberty. "Pubertal growth hormones make everything we're experiencing, including music, seem very important," renowned musical psychologist Daniel J. Levitin told the New York Times in 2011. "We're just reaching a point in our cognitive development when we're developing our own tastes. And musical tastes become a badge of identity."

Another possible explanation is that during this period, we are meeting the most new people, and thus getting exposed to the widest range of music. At 24, we've started to enter the work grind and have generally started to firm up our personalities. We start to settle into stable social groups, and therefore settled our tastes with certain artists and genres. Older people tend to express the most fondness for music they listened to when they were 24.

9. Why do teenagers love emo so much?

While going through puberty, teenagers tend to gravitate toward any music that will set them apart from their parents or from their childhood selves, and that historically has been emo, punk and metal. Emo offered the added benefit of being a tight-knit and supportive community, which kids could rely on for support going through the emotional upheaval of adolescence.

Emo music "was a welcoming, self-affirming community," Andy Greenwald wrote in his recent book Nothing Feels Good: Punk Rock, Teenagers and Emo. "All the kids who listened to emo ... were seeking to validate themselves, to join in something shared and secretive."

Additionally, aggressive music can offer tremendous therapeutic value to some listeners. A 1996 study found that fans of aggressive music, specifically metal, found the genre extremely calming. Sad music as well can inspire a wide range of positive emotions, in addition to stimulating a listener's sense of empathy. Emo music — with its perfect blend of metal and sadness — offers the perfect music to help teenagers slog through the difficulties of adolescence.