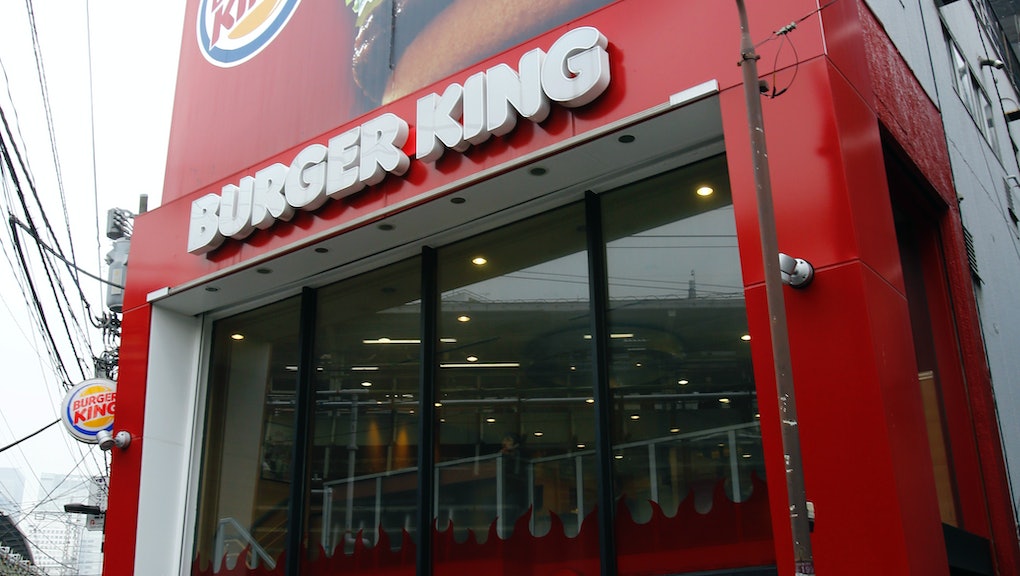 You've heard of a black burger, but what about a red one next?

Burger King Japan unveiled Wednesday their new Aka Samurai Burger, which shows off a delightfully disturbing shade of red that would make the Chinese flag jealous.

The Japanese branch of the fast-food chain reportedly used tomato powder in their cheese and burger buns to produce the red coloring in the burgers that are scheduled to hit local stores July 3.

The Aka Burger will accompany the limited addition Kuro Burger (translated as "red" and "black" burger, respectively), the latter of which was launched in September 2014. The chain uses bamboo charcoal in their buns and cheese and squid ink in the sauce to produce the stark black color.

The Samurai Burger will be available in both chicken and beef and will feature what the global chain referred to as "ANGRY" sauce in its official press release, leaving some customers ready to order in riot gear.

Burger King is following the long-held tradition of fast food chains getting crazy in other countries. There is the beloved McArabia in Pakistani McDonald's.

With KFC in India came the advent of the spicy Paneer Burger ("paneer" means "cheese" in Hindi and Urdu).

Then there was McGrillschnägg, the coiled sausage and bacon delight introduced to Swiss McDonald's restaurants in 2011.

Another Japanese gem in 2011, the $16 Foie Gras Burger, was also available in Wendy branches nationally.

Along with innovative international additions, some fast-food chains are even incorporating cultural sensitivity into their menus. McDonald's in Saudi Arabia offers "daily Ramadan inspirations" for the monthlong Muslim fasting ritual, which is ongoing (the irony appears to be unintentional).

If you ran out of incentives to travel, just think of the Samurai burger. You won't find it in Times Square anytime soon.