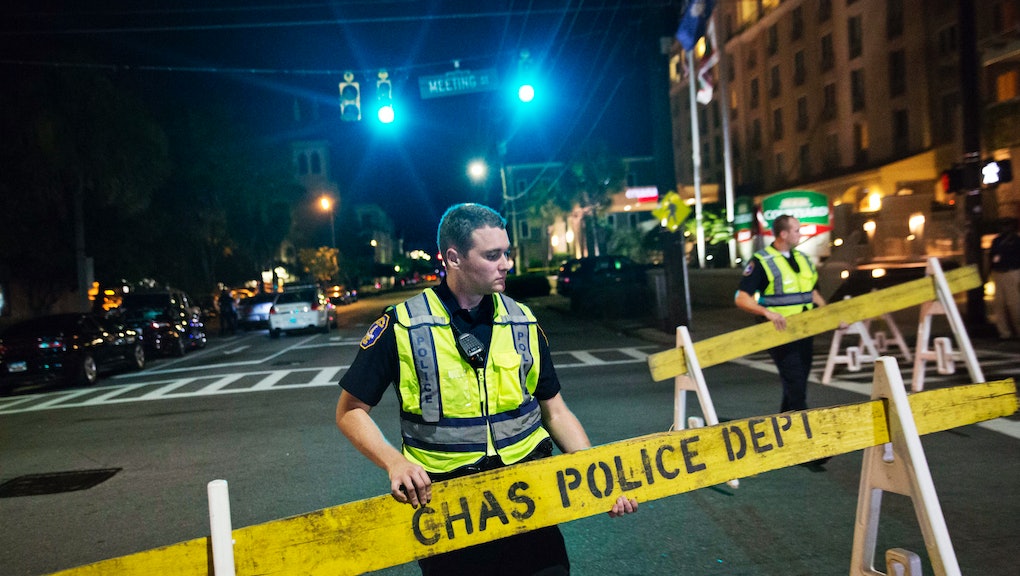 "This is a tragedy that no community should have to experience," Mullen told assembled reporters. "It is senseless and unfathomable that someone would go into a church where people were having a prayer meeting and take their lives," the New York Times reported.

Charleston Mayor Joseph P. Riley Jr. announced the city would be offering a reward for information leading to the shooter's capture.

According to a survivor, the gunman briefly may have prayed before opening fire and allowing certain individuals to go free.

Police have released a photo of the suspect who remained at large as of Thursday morning as well as images of the black sedan he was driving.

Pinckney had been an outspoken advocate for the black community in the state legislature and had focused on issues of body cameras as a way to curb police brutality. Charleston sits just south of where a police officer fatally shot and killed Walter Scott, an unarmed middle-aged black man, in early April. The murder was misrepresented at the time by the officer, Michael Slager, and only received national attention after video taken by a bystander emerged.

The attack by a white male against one of the oldest historically black churches in the South rekindled painful memories of racial violence from a different era. NAACP president Cornell William Brooks released a statement after the shooting condemning the violence, saying that "our heartfelt prayers and soul-deep condolences go out to the families and community of the victims."

Reaction online was also one of grief with users flooding social networks to share their condolences. Throughout Wednesday night and Thursday morning, the hashtag #CharlestonShooting was trending on social media.