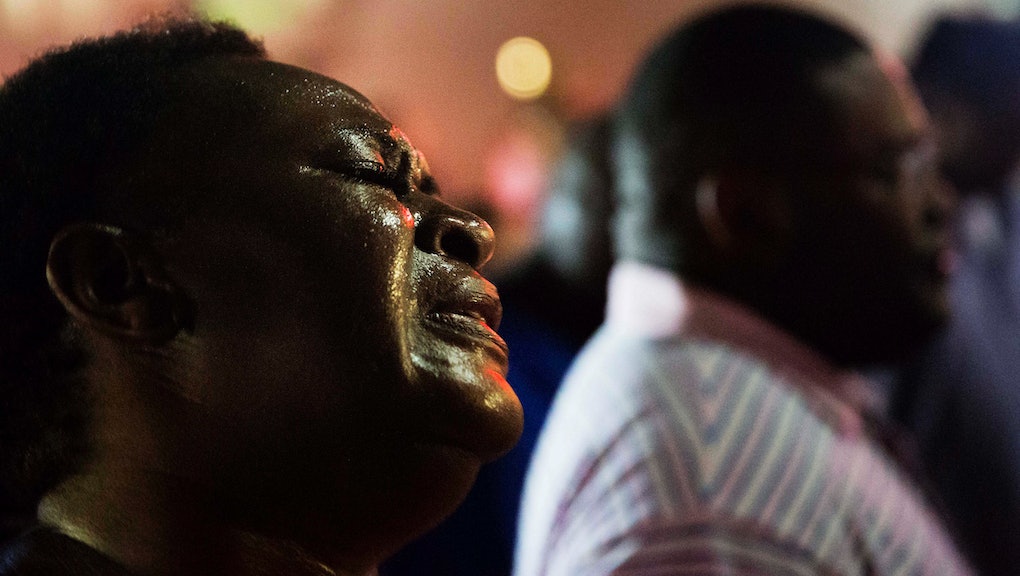 "We believe this is a hate crime; that is how we are investigating it," Greg Mullen, Charleston Police Chief, said at a news conference early Thursday.

It didn't take long for people's powerful reactions to pour in on Twitter. Many were outraged at the initial lack of media coverage, which some believe is because the perpetrator was a white male and the victims were black, and others didn't hesitate to define the act as "terrorism."

Public figures have expressed their disdain for the media's response to this shooting, including actor Rob Lowe.

Frustration regarding media's and the country's collective response to white male criminals permeated much of the grief shared on social media. People compared coverage Muslim and black shooters have received in the past, as distinct from white male murderers. Echoing the CPD's statements at dawn on Thursday, many also believed this was a racially-motivated hate crime.

There is an epidemic of black people being subjected to violence or, worse yet, murdered by white perpetrators. Recently, this has largely manifested itself in institutionalized racism, in the way white police officers treat black Americans.

However, this kind of hate crime, in which there's been a mass murder of minorities, has not been seen in years and is painfully reminiscent of the South's dark history with racism against African-Americans.