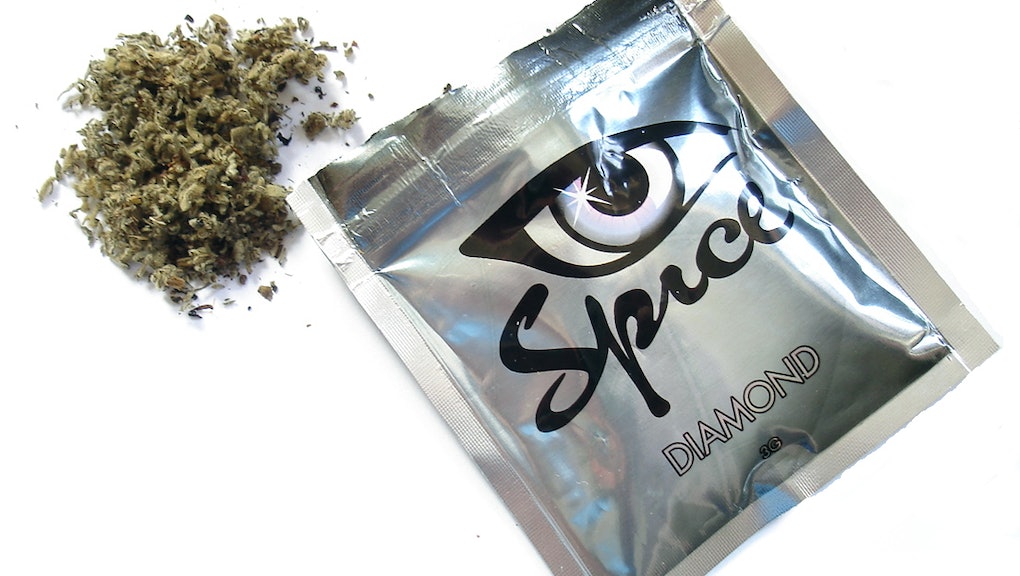 Legal Synthetic Weed Is Killing More People Than Ever

If you're going to get high, smoke the real thing. The synthetic stuff might not get you arrested, but it could actually kill you.

Unlike THC, the chemical compound found in marijuana, the synthetic stuff is a hodgepodge of chemicals that mimic the psychoactive effects of marijuana. THC is safe and basically impossible to die from; reports say the lethal dose is 1,500 pounds in 15 minutes (good luck with that).

But synthetic cannabinoids are manufactured with the same care as bath salts: stuffed full of psychoactive chemicals and poorly regulated. Since it doesn't count as weed, it can be sold legally under brand names like "Kronic" and "Spice." All of this is probably why U.S. poison control centers had a 229% increase in synthetic cannabis-related calls this year.

In most cases, using synthetic weed isn't fatal. According to the CDC, using it often results in agitation, an abnormally fast heart rate, drowsiness, vomiting and confusion. But 335 cases involved life-threatening side effects.

So whether you smoke weed for artistic, social or romantic reasons, keep your product natural. The one thing worse than gas-station dope is waking up in a hospital after inhaling it.