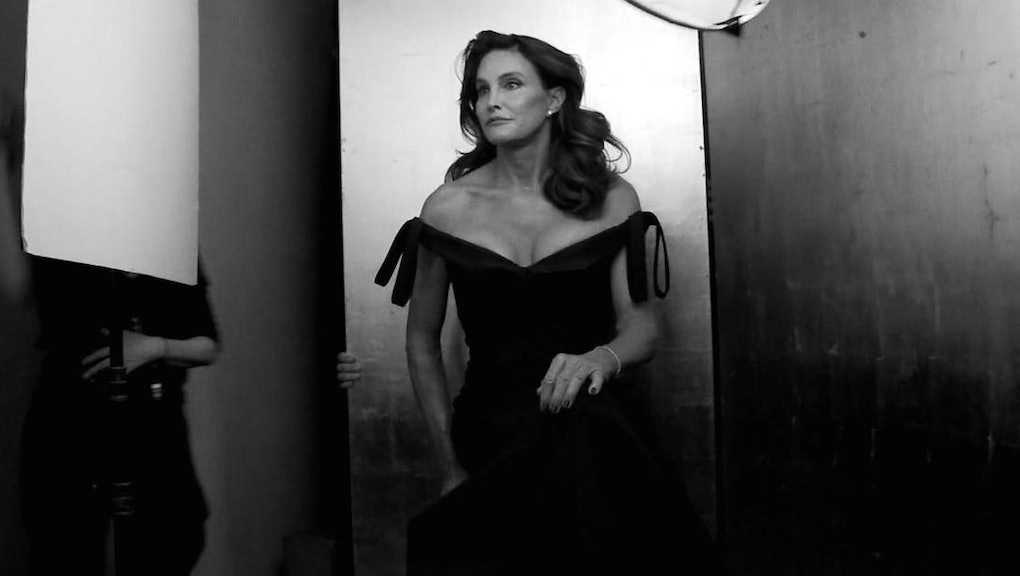 Caitlyn Jenner took another step toward greater trans visibility Wednesday night — and she took it hand in hand with another.

In a tweet hashtagged #TransIsBeautiful, Jenner gave thanks to Orange Is the New Black star Laverne Cox for her support, calling the actress "fierce and fabulous."

Jenner is likely thanking Cox after the latter wrote on her Tumblr about Jenner's Vanity Fair cover. In her post, Cox meditated on the space between the support Jenner received and the work still left to be done in the movement for trans rights.

"Yes, Caitlyn looks amazing and is beautiful, but what I think is most beautiful about her is her heart and soul, the ways she has allowed the world into her vulnerabilities," Cox wrote. "The love and devotion she has for her family and that they have for her. Her courage to move past denial into her truth so publicly. These things are beyond beautiful to me."

It's not the only time Jenner has publicly thanked Cox either. In a clip from Vanity Fair, Jenner talked about her predecessors in coming out as a trans woman, name-checking Cox among others.

"You look at some of the people, the pioneers in trying to get the message out: Laverne Cox, Janet Mock, Geena Rocero ... Carmen Carrera," she said. "Back in the '80s, I was alone. And I'm kind of following in their footsteps. They made it easier for me. I hope, with my honesty, I can make it easier for somebody else down the line."

Her words were touching enough to make Cox cry, she tweeted.

This relationship of mutual admiration and respect Jenner and Cox share is crucial. Moving for greater transgender visibility and rights requires unity and support. Seeing two of the highest-profile American trans figures gives hope the support Jenner received from many corners won't be an exception in the future. Instead, we hope love and enthusiasm will only grow even more widespread.