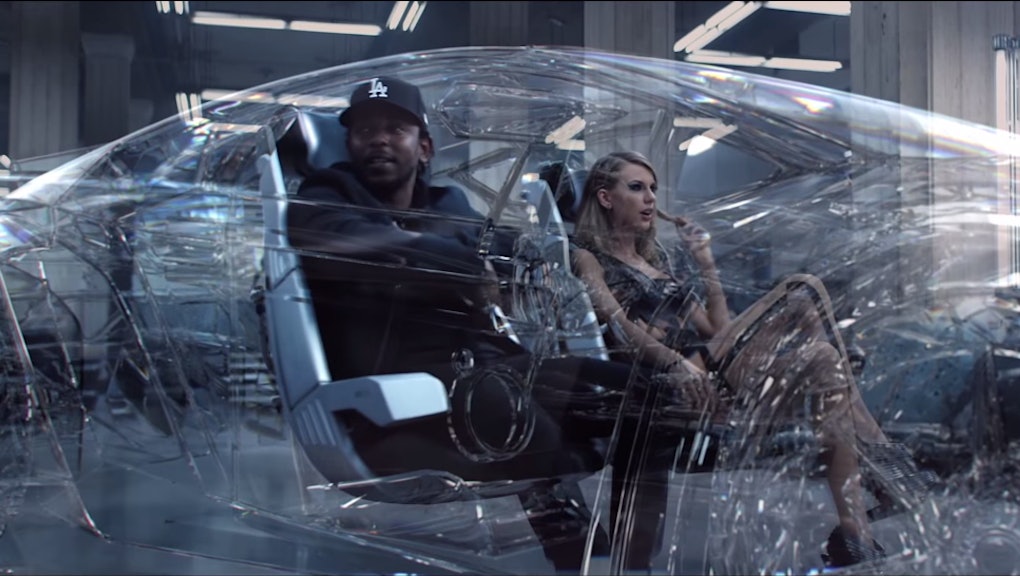 In the late '80s and throughout the '90s, hip-hop was the most disrespected genre in America. Foundational artists like A Tribe Called Quest struggled to get its most vital albums to chart. Revolutionary artists such as Public Enemy and NWA received media attention for their shocking lyrics but could not get radio play. Media figures and senators used those lyrics to question the genre's validity as an art form, while ignoring the problems those lyrics revealed.

Today, the style has largely outgrown the shade. It's now a global, mainstream culture, and it has bled into every variety of popular music. Nowhere is hip-hop's cultural dominance more clear than on Billboard's Hot 100. As of Wednesday, around 40% are hip-hop tracks, or tracks borrowing elements of hip-hop songwriting or production. In the week of June 23, 1990, only about 10% of the tracks on the Hot 100 featured undeniable hip-hop stamps. Even back then rappers were already criticizing the genre's popularization. "Rap is not pop if you call it that then stop," Q-Tip rapped on "Check the Rhime" referring to MC Hammer's crossover success.

The movement has grown tremendously since Hammer. And this is a bad thing.

Genre appropriation: Hip-hop has always carried an edgy and rebellious mystique, which has allowed it to assert a distinct and inescapable place in the mainstream. But as it's done so it's lost a lot of its original urgency. Rappers fill the verses of pop songs, and artists like Taylor Swift, Rihanna and Katy Perry sing over trap hi-hats and booming sub basses to pick up a bit of hip-hop's cool. Country acts have also started appropriate some of hip-hop's swagger. "House Party" by Sam Hunt, a recent entry on the charts at No. 85, intros with late '80s turntable scratches and 808 handclaps. And bro country duo Florida Georgia Line (on the charts at No. 44 with "Sippin' on Fire") made a name for themselves by remixing their track "Cruisin'" with verses from '90s sensation Nelly.

But in borrowing hip-hop's sounds, other genres have neglected to carry hip-hop's roots as protest music. And all the appropriation does nothing but dilute the genre's original style and purpose.

A gift and a curse: As hip-hop grows, it risks losing what makes it such an important genre. In the 1970s it provided a voice for New York's voiceless to enlighten listeners about the realities of neglected neighborhoods. It was necessarily critical and political. Though hip-hop culture has tremendous visibility now, it doesn't have nearly the same revolutionary voice it had in its beginning. Nas saw it coming when he rapped his 2006 track "Hip-Hop Is Dead": "Everybody sound the same, commercialize the game / Reminiscing when it wasn't all business / It forgot where it started."

"Hip-hop is not working with the same political spine that it was in past decades because there are a lot of people who are buying the music who aren't looking for that so they're trying to serve those consumers," journalist and cultural critic Touré told the Grio. "The more you get away from the grassroots hip-hop which was as a political gesture ... the more likely you are going to get away from making a political gesture with your music."

This issue of hip-hop's political import came into stark relief in 2014, when the community called out Iggy Azalea for appropriating black styles to sell records. "Hip-hop is fun," Q-Tip wrote on Twitter, offering Azalea an important history lesson on hip-hop's origins, "but one thing it can never detach itself from is being a sociopolitical movement." Azalea's career may be dead, but she is only one of a handful of artists diluting hip-hop's vitality. Artists like Flo Rida, Pitbull and DJ Khaled are all guilty of stripping hip-hop of its political urgency. As hip-hop continues to take over the Hot 100, it will lose even more of that aspect.

We need a new way to talk about hip-hop. As hip-hop slowly bleeds out into other genres it's becoming an entirely new entity — and we should attempt to distinguish it as such. Some hip-hop scholars have suggested making a point to define "hip-hop" as rap with a vital political angle and foundation feel, while "rap" can refer to hip-hop's commercialized forms. It could operate in a similar fashion to "punk" and "rock," two genres coming from the same root, separating the rebellious from the conventional. Having this distinctive terminology will help to preserve the power of hip-hop, allowing it continue to offer a platform for artists like Kendrick Lamar, J. Cole and Lupe Fiasco to continue tapping into the genre's revolutionary power.

It may not be possible to slow rap's takeover of the Hot 100. And it's totally fine to write a party track once in a while, as long as the guests know what's up. Protest music with sociopolitical import will always survive. And if hip-hop is no longer fit to present those messages, they will find other avenues of expression.