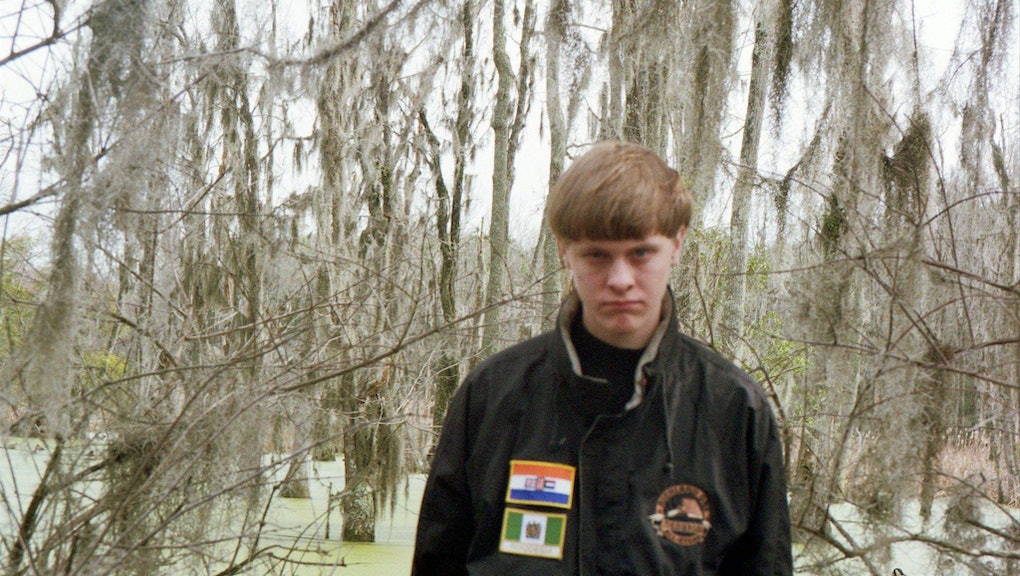 The Charleston Church Massacre Needs to Be Politicized

The names of Dylann Roof's victims hadn't even been released when we were told that it wasn't okay to talk about the weapon that killed them.

The outcry following the deaths of nine people in a church in Charleston, South Carolina on Wednesday evening is the same outcry that has followed every other mass shooting in recent memory. After Virginia Tech, after Sandy Hook, after Aurora, after Tucson, after Fort Hood, the refrain has been consistent: Stop politicizing the tragedy! Let the families grieve! And whatever you do, don't point out the fact that the rate of mass shootings has doubled since 2000. Or that every day, 89 people are killed in shootings across the United States. Or that Americans are more likely to be killed by a firearm than are citizens of any other developed nation.

What really matters, the anti-politicizers say, is comforting the wounded and mourning the dead. Now isn't the time to ask why a man with an arrest record and a documented history of racist extremism, a man awaiting trial for drug and trespassing charges, whose own uncle called him "a monster," had access to a deadly weapon — and why that same scenario keeps playing out in movie theaters, on college campuses, in churches.

Speaking from a press room named for a victim of gun violence, President Barack Obama wearily declared, "I've had to make statements like this too many times." In what now feels like a now-familiar speech, the president eulogized the dead, comforted their families and urged the nation to pray for the victims of its own love affair with firearms. "Innocent people were killed in part because someone who wanted to inflict harm had no trouble getting their hands on a gun," he said. "At some point, we as a country will have to reckon with the fact that this kind of mass violence doesn't happen in other countries."

Perhaps now, then, the country is ready? As a community mourns and a murderer is taken into custody, can the country finally be forced to confront its worship of violence and the tools that facilitate that violence?

Apparently not. Even the president, whose face showed the effects of giving basically the same statement for the 14th time, appeared resigned to the fact that the federal government he putatively runs is still gripped too tightly by the stranglehold of the gun lobby. "The politics in this town foreclose a lot of those avenues right now. But it'd be wrong for us not to acknowledge it," he said. "At some point, it's going to be important for the American people to come to grips with, and for us to be able to shift how we think about the issue of gun violence collectively."

Other nations have done it. In 1996, a 28-year-old man gunned down 35 people at several locations around popular tourist site Port Arthur in Tasmania, Australia. After the massacre, Prime Minister John Howard successfully passed gun ownership laws that restricted the private ownership of semi-automatic rifles, semi-automatic shotguns and pump-action shotguns. It was implemented with widespread bipartisan support, and Australia has yet to face another mass shooting anywhere near the scale of Port Arthur.

That same year, in Dunblane, Scotland, a gunman killed 16 kindergarten-aged children and their teacher at a primary school. After the shooting, whose death toll paled in comparison to the massacre of 23 kindergarteners at Sandy Hook Elementary, Britain's already strict gun laws were made even stronger. It is now functionally illegal to own a handgun in the United Kingdom, which, like Australia, has not since faced a mass shooting on the scale of Dunblane.

But the United States, for some reason, has shrugged off massacres that have shaken other societies to their core. Over time, the killings have started to become indistinguishable; mass shootings, like the deaths of young black men at the hands of police, have begun to blur together in the minds of enough Americans that it seems futile to ask, "Why?"

Something needs to be done. In a statement, Dan Gross, president of the Brady Campaign to Prevent Gun Violence, echoed Obama's hope for common-sense gun reform. "Most of these tragedies are preventable through sensible solutions that just keep guns out of the wrong hands," he said. "Solutions like expanding Brady background checks on all gun sales, and shutting down the small number of 'bad apple' gun dealers that supply almost all crime guns."

Making it harder for the hateful or the criminal or the insane to gain access to firearms won't cure their bigotry, redirect their moral compass or cure their illness. It will, however, reduce the number of their victims.

There are other dimensions to the Charleston massacre: Roof's horrifying rationale; his enthusiasm for colonialist-style white supremacy; his embrace of neo-Confederate symbols of racial oppression. Gun control would not have stopped Roof's racist attitudes, but it likely would have made it harder for a man out on probation from being given a .45-caliber handgun for his birthday. Hatred can inspire violence. A gun makes it easier.