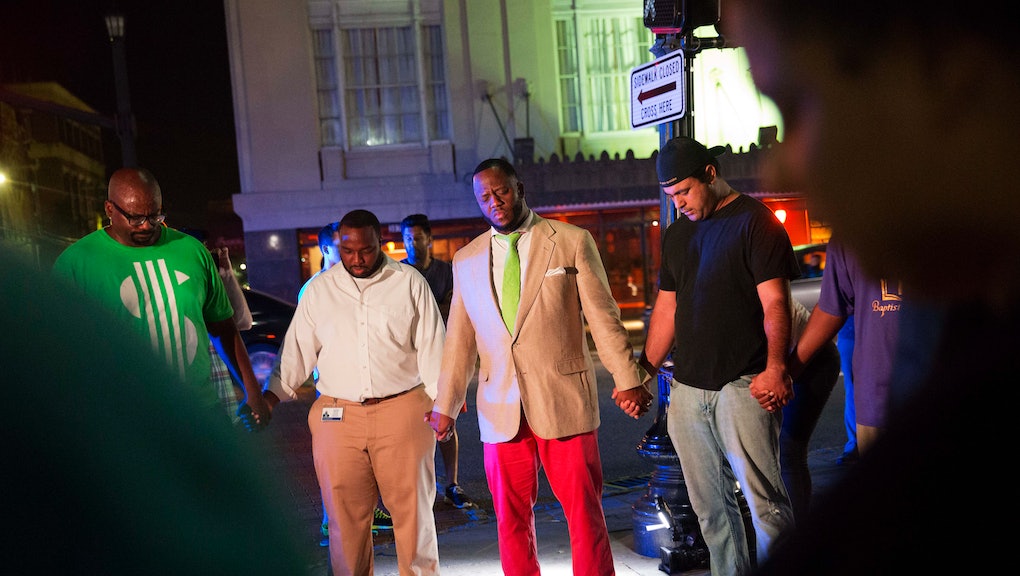 In a nasty coincidence, subscribers to the Charleston Post and Courier opened their papers Thursday morning to news of a mass shooting at Charleston, South Carolina's historic Emanuel African Methodist Episcopal Church that killed nine people — as well as a coupon for a local gun shop.

Not exactly a tasteful accompaniment.

In a statement posted to media critic Jim Romenesko's website, the paper confirmed the mistake and apologized for the ad, saying, "The front-page sticky note that was attached to some home delivery newspapers on the same day as this tragedy is a deeply regrettable coincidence. We apologize to those who were offended."

However, this kind of error has happened before. As Romenesko previously pointed out, the Florida Times-Union and the Stamford Advocate accidentally ran gun ads next to stories on shootings in Duval County, Florida, and Sandy Hook Elementary School in Newtown, Connecticut, respectively.

In 2012, Hypervocal reported the Denver Post ran a Web ad for firearms alongside its coverage of the Aurora, Colorado, shooting.

Sadly, those gun coupons may ultimately go to good use. Both mass shootings and racial tensions tend to result in skyrocketing gun sales, as they did in Ferguson, Missouri, during protests over the death of unarmed black man Michael Brown and after the Sandy Hook massacre. Within hours of the news cycle starting up Thursday morning, right-winger the Rev. E.W. Jackson took to Fox News' Fox & Friends to exhort pastors and churchgoers to begin arming themselves.