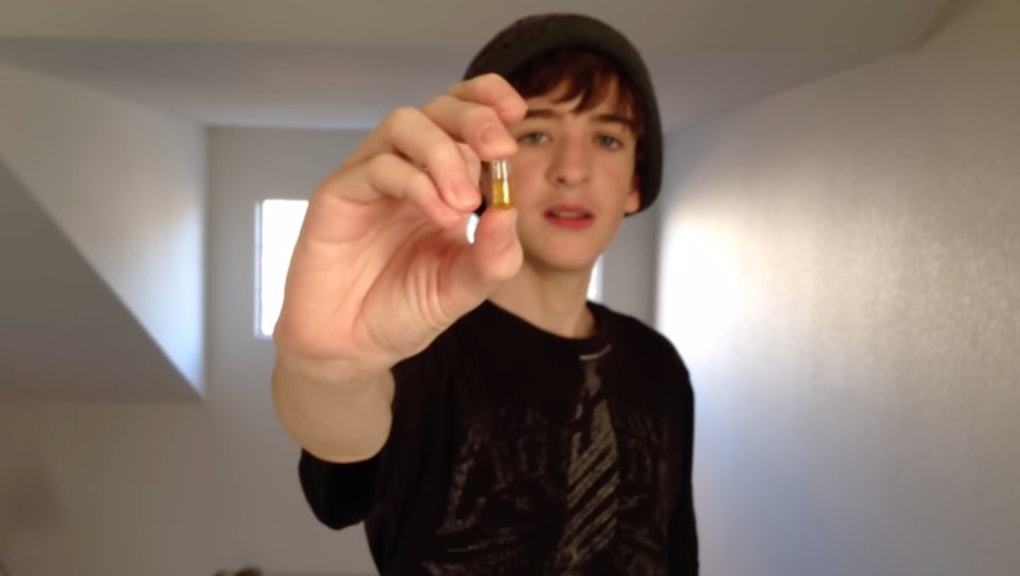 In One Quote, This 15-Year-Old Said What Everyone's Thinking About Medical Marijuana

"I'd rather be illegally alive than legally dead" is the kind of badass quote you'd expect to hear from an outlaw biker. But thanks to federal law and the Drug Enforcement Administration, they're the words of a 15-year-old who has turned to medical marijuana to treat a chronic illness.

In 2011, Coltyn Turner's Crohn's disease (chronic inflammation of the digestive tract) was so severe that he stopped growing. But when Turner began regularly taking marijuana, designated a Schedule I controlled substance by the DEA, he improved rapidly.

"We were completely against marijuana when we first started this situation," Coltyn's mother, Wendy Turner, told Mic. "We are probably the biggest hypocrites that you will ever meet. We listened to the propaganda, the stigmas ... Reefer Madness B.S. ... Then it became an option for Coltyn."

Finding a solution: As Turner and his family looked for solutions in typical medicine, he found continuous problems. One caused headaches, another led to drug-induced lupus and serum sickness. The anti-inflammatory drug Humira caused hives, swollen lymph nodes and triggered false scares for tuberculosis and cancer. Nothing worked, and Turner's Crohn's disease wouldn't go into remission.

Internet research led the Turners to a 2011 study that found evidence of "significant" improvement in Crohn's disease symptoms in 70% of human test subjects given medical marijuana. But pursuing this course of treatment turned the Turners into medical refugees. They had to relocate from Illinois to Colorado, where they could legally administer their son the THC-infused pills and baked goods that ended up saving him.

Turner told Mic it took seven months for the disease to enter complete remission, but "his pain subsided, his energy got better, he got healthier and better within just a couple of days." Not only did his condition improve rapidly, it stayed improved.

Today, Coltyn is a healthy 15-year-old, free of most medication. His mother says the side effects of his previous drug regime were "a billion times worse than the medication he takes with cannabis."

She added the only noticeable psychoactive effect of the medication is euphoria, which after years of suffering was a plus. "He was great. He was happy. And what's so wrong with that? Medicine should make you feel better, not just take away your symptoms. And that's what this does."

In fact, the biggest problem that came with the medication was uprooting their lives and moving three states away. The Turners' only lingering fear is that the THC could stop working.

Turner's case is just one case out of what pro-marijuana law reform group NORML says is a growing body of research suggesting weed could help treat ailments ranging from brain cancer and neuropathic pain to multiple sclerosis and rheumatoid arthritis. Out of the hundreds of studies documenting medical uses of weed, few have found evidence that medical marijuana is associated with significant risks to patients.

Perhaps that's why a 2013 CBS News survey found 76% of doctors support legalizing weed for medical purposes, and the substance is slowly but surely becoming more accepted in states across the country.

It will take some time for everyone to get the message; as of March 2015, just 23 states allow medical marijuana.