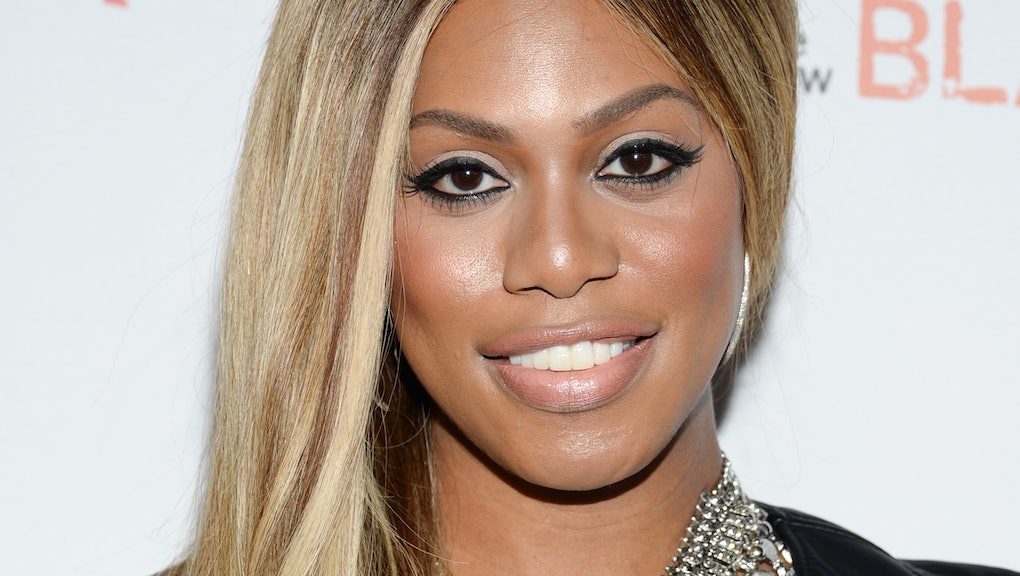 Laverne Cox On The Group Even More Stigmatized Than Trans Women

Thanks to public figures like Janet Mock, Laverne Cox and, most recently, Caitlyn Jenner, Americans have undoubtedly greater understanding of trans women's experiences than ever before. But according to Cox, there's one group related to the trans community that still faces far too much ignorance: Men who date transgender women.

"Most men who are attracted to and date transgender women are probably stigmatized more than trans women are," Cox told Michelangelo Signorile on a recent episode of his SiriusXM program, Progress.

Other trans women have noted this in the past. Vanessa Victoria, counselor and advocate for the New York City Anti-Violence Project, told Mic in February that her fiancé faced stigma and ignorance — including questions about his sexuality and masculinity — when they first started dating.

"I think most people think we are too 'dangerous' or complicated to love because of the misconceptions in media and communities that we are deceitful or lying about who we are," Sasha Alexander, co-founder of Black Trans Media, told Mic in February. "Imagine your whole life you were told that no one would love you because of who you are, that no one would love your body because you are trans, that not only will no one love you but someone may try to hurt you."

But trans women are, of course, as deserving of love as everybody else — a point Cox has previously made.

"Justice is what love looks like in public," Cox said last year, quoting Cornell West at the 2014 National Conference on LGBT Equality, according to Think Progress. "Loving trans people," she continued, "is a revolutionary act."

It is publicly claiming this revolutionary act, Cox noted, that will ultimately lead to widespread change. High-profile men — like celebrities, athletes or musicians — dating trans women need to publicly say, "''I love transgender women and [they] deserve to be loved,' and I'm going to declare that publicly,'" the actress said on Sirius XM.

Doing so, she added, will not just help transgender women feel loved, but allow the men who love them to lead fulfilling lives. "Gender is policed in such a way that it does not just affect transgender people," she said. "As I date a lot of straight-identified men, I've seen them so deeply internalize these ideas very rigidly about what it means to be a man — to be a straight man. "

"I think those men need some sort of inspiration and hope, so they can live more authentically," she added.

Hopefully, inspired by Cox's words, men who love transgender women will come forward and show that everybody deserves love — and that nobody should be shamed for providing it.