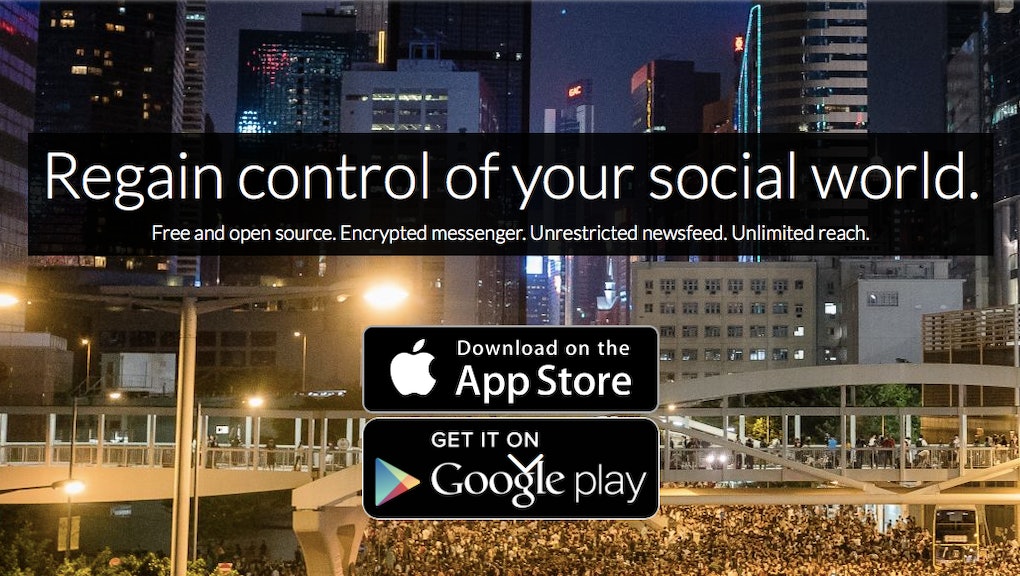 Facebook, once criticized for tracking users' locations and manipulating their emotions, is now trying to right its wrongs in the digital privacy world. But the team behind a new social network called Minds.com has decided enough is enough — and so has the hacker collective Anonymous.

The premise of Minds.com is simple: Create a social network that's for the people, by the people. Minds has many features Facebook users are used to, such as status updates, link sharing, commenting on posts and private messages. There's a rewards system as well: Increased activity nets you more visibility.

"For every mobile vote, comment, remind, swipe and upload you earn points which can be exchanged for views on posts of your choice," the Minds team said, according to Wired. "It's a new Web paradigm that gives everyone a voice."

Strong support from an unlikely source: Anonymous is an amorphous group that began on 4chan as a prankster army and today is better known for its activism.

The hackers became interested in Minds.com for the network's end-to-end encrypted private messages, meaning the site's team can't snoop on your conversations and that you can even hide your identity from whoever you're talking to.

An Anonymous-affiliated Facebook page called Anonymous ART of Revolution posted a call for support of the freshly minted social site on June 15, writing, "Let us collaborate to help build minds.com and other open-source, encrypted networks to co-create a top site of the people, by the people and for the people."

How the encryption works: Some messaging services claim your communication is encrypted, but their encryption control isn't in users' hands; the companies themselves own the key to decrypt messages. With Minds.com's encryption, you generate two keys: your own private key to decrypt messages and a public key that everyone else uses to encrypt messages they want you to see. The company has no access to it; it simply sends messages full of jumbled letters and numbers that it can't understand.

The push for privacy: After Edward Snowden leaked documents exposing the NSA's tactics for spying on civilians — and subsequently became one of law enforcement's most wanted — the country began to realize that its assumed freedom to communicate privately was egregiously misinformed. People began to push back against the companies that shared information and communication they'd assumed was private.

Tech giants are slowly revising their approach to privacy. To instill a little more confidence in its users, for example, Apple recently ramped up its transparency, publishing its commitment to customer privacy (annotated here). Even Edward Snowden applauded the Apple iOS 8 encryption upgrades.

Many have criticized how tech companies like Facebook use your private data to sell ads. Though Facebook has a new opt-in encryption initiative to sate some privacy hunger pangs, every lost data set cuts away at the social network's business model. To Minds and its supporters, our private lives should never be exposed just so Facebook can turn a profit.

Minds is already live online and on mobile devices. And it could be the new home for anyone who's tired of a major company dictating how they can talk to their friends.