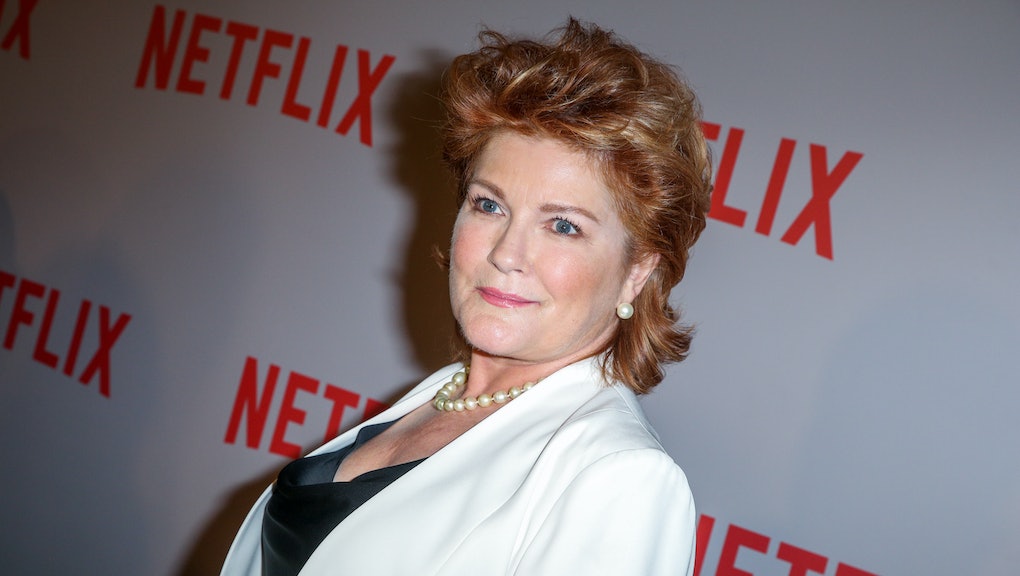 While Americans binge on the new season of Orange Is the New Black and fall in love with its inmates new and old, one of the women behind the show is helping craft and build new talent.

As a member of the board of directors at the Stella Adler Studio of Acting, Kate Mulgrew — who plays Red on OITNB — is giving back in a big way. According to a story in AM New York, Stella Adler is about to enter its second year offering acting classes in New York's Rikers Island jail complex. It's no small potatoes program, either: The classes have a hugely positive impact on its students.

"It's a program of hope," Mulgrew told AM New York. "It's very true, at least in my experience in life, that the young people who are often thwarted by their circumstances are often liberated by their own imagination. They have only to discover that."

Stella Adler first partnered with Rikers Island in August. The symmetry of the moment is quite powerful: Mulgrew herself studied at Stella Adler. Through her training, she came to play an inmate on OITNB. Now, real-world inmates are learning the same skills.

It's an unusually positive story to come out of one of the country's most dangerous prisons. Rikers Island has been in the news a lot recently after months of discussions about reforming the facility finally bore fruit. Hopefully, should those reforms be put into place, there could be more programs like these, whose importance can't be overstated. One former inmate and student of the classes told AM New York it was "pretty much the best experience me myself could have gotten out of Rikers Island."

"You literally left — mentally, emotionally, you left Rikers Island. It brought a lot of the girls together, people you wouldn't normally speak to in passing," that inmate, Yesenia Vega, told the paper. "The atmosphere [at Rikers] is okay, keep your head down, walk straight, speak to no one, you know. You would just never think that you meet amazing people in jail."

"It's a program of hope," Kate Mulgrew said of the Rikers Island classes.

While it's easy to marathon Orange Is the New Black, a show about the corrupted American prison system and the people it afflicts, it's harder to do something that actually makes an impact in that system. That makes what Mulgrew and the Stella Adler Studio of Acting are doing all the more laudable. We need more little bits that make inmates' lives more tolerable in a hellish place like Rikers Island.

In the meantime, this program has us seeing Red — and in this case, that's a very good thing.