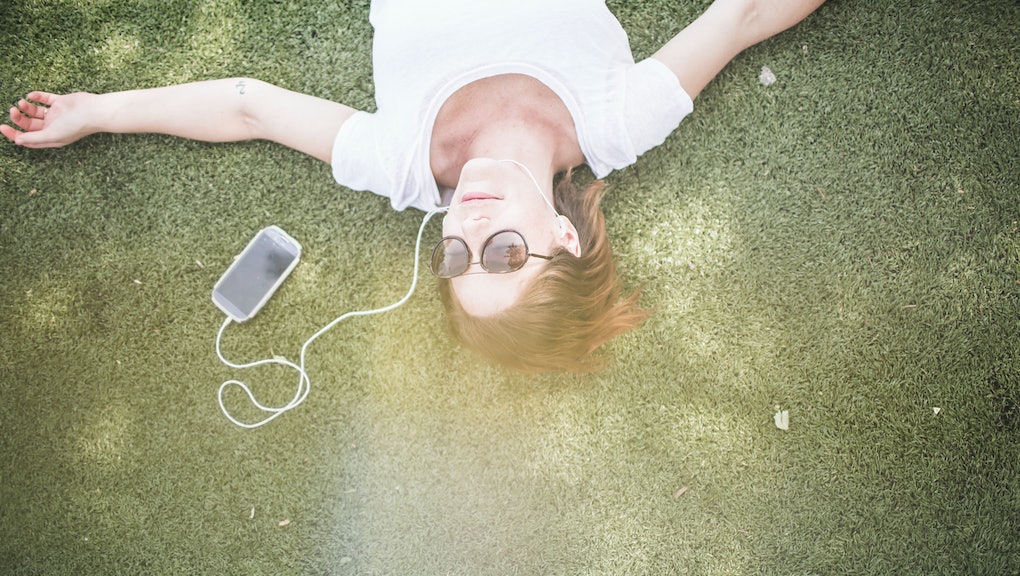 The Fourth of July is just around the corner, and there's no better time to break out your favorite summer tunes and show off your playlist skills. Enter: the song of the summer. The "song of the summer" feels like a fairly new phenomenon, but the industry of summer songs has actually been around for over a century. As Vox pointed out, the first mention of a song of the summer was all the way back in 1910.

Since then, pop music has steadily turned into a gob of similar-sounding hooks and thumping beats. And as Mic reported previously, there's actually science to back up that idea. "As something becomes popular, it necessarily dumbs down and becomes more formulaic," Tom Barnes wrote, and it is especially true today, as record companies buckle under the pressure of sales and stick to what they know.

So rather than just listen to what the radio dishes out, look to history for summer songs that are worth bringing back to life. Here's a list to help you break out of the summer song rut.

"In the Summertime" — Mungo Jerry

Perfect for: Floating down the river in an inner tube.

The history: British band Mungo Jerry released "In the Summertime" in May 1970. The musical style is called skiffle, an old genre associated with jazz, blues and roots music that originated in the 1920s. The type of music is cheap to make, as evidenced by the washboard that Mungo Jerry uses in their hit. According to AllMusic, Mungo Jerry is among the top one-hit wonders ever thanks to this summer jam.

"Under the Boardwalk" — The Drifters

This Drifters classic was a hit during the summer of 1964. The guiro — a notched hollow percussion instrument played with a stick — gives the song Latin flavor and lends to its staying power as a defining song of the summer. But the story behind the song's recording is a tragic one: The night before the Drifters went into the studio, their lead singer Rudy Lewis died of a heroin overdose. He was replaced with Johnny Moore, and the song went on to become a Drifters classic.

"Dancing in the Dark" — Bruce Springsteen

When Bruce Springsteen released "Dancing in the Dark" in May 1984, the song's synth sound was a progressive move in rock music. "It went as far in the direction of pop music as I wanted to go — and probably a little farther," Springsteen told Rolling Stone. The song was the featured single off Born in the U.S.A., and is, according to Rolling Stone, Springsteen's most successful single to date.

This steamy Donna Summer song, released in the summer of 1979, earned the Queen of Disco her second Grammy and for good reason. The rock-infused disco track was the first single off Summer's smash album, Bad Girls. It's also an ideal summer song, with its driving, danceable drum beat.

Perfect for: Blasting out of your Chevy El Camino.

This classic was a hit during the summer of 1975. The song was the closing track on the funk band's major album of the same name, which also featured their major hit, "Lowrider." The reggae-tinged "Friends" became instantly famous in '75 when NASA played it in space on the Apollo-Soyuz Test Project, where Soviet cosmonauts and U.S. astronauts joined forces. A little brotherly love is always welcome on warm-weather anthems.

"Summer in the City" — The Lovin' Spoonful

Perfect for: Commuting. If you're sadistic.

In June 1966, the Lovin' Spoonful released this song, which was an ode to the sweltering heat and noise of cities in summertime. One of the most iconic parts is the bridge — it features a Volkswagen car horn and a jackhammer, and perfectly evokes the uncomfortable, claustrophobic feeling of a hot city. "Summer in the City" was first written as a poem for the lead singer's high school class project. He got an F.

Perfect for: A sunny drive through the countryside.

This CCR jam was a hit during the summer of 1969. "I got the imagery from an old movie called The Devil and Daniel Webster," lead singer John Fogerty told Rolling Stone. He said the lyrics in "Bad Moon Rising" are based on the hurricane in that movie, which coincidentally gave the song a double meaning: "It was about the apocalypse that was going to be visited upon us," he said.

"Saturday in the Park" — Chicago

Perfect for: A picnic and mimosas in the park, duh.

It's no coincidence that this 1972 Chicago hit has a summer-y feel — the band wrote it while visiting Central Park over the Fourth of July, as the lyrics suggest. "Saturday in the Park" was the song that really kicked off the major success that Chicago saw in the years to come, helping make them a major fixture in '70s rock.

Perfect for: Recovering from your sunburn (and your hangover).

This song, released in December 1975 (and endured on the radio at least through the summer), was Foghat's biggest single of their career. It's a very simple song in terms of chord progression, but it manages to rock hard while still maintaining a laid-back atmosphere. Its place in the closing scene of Dazed and Confused cements "Slow Ride" as one of the greatest historical songs of summer.