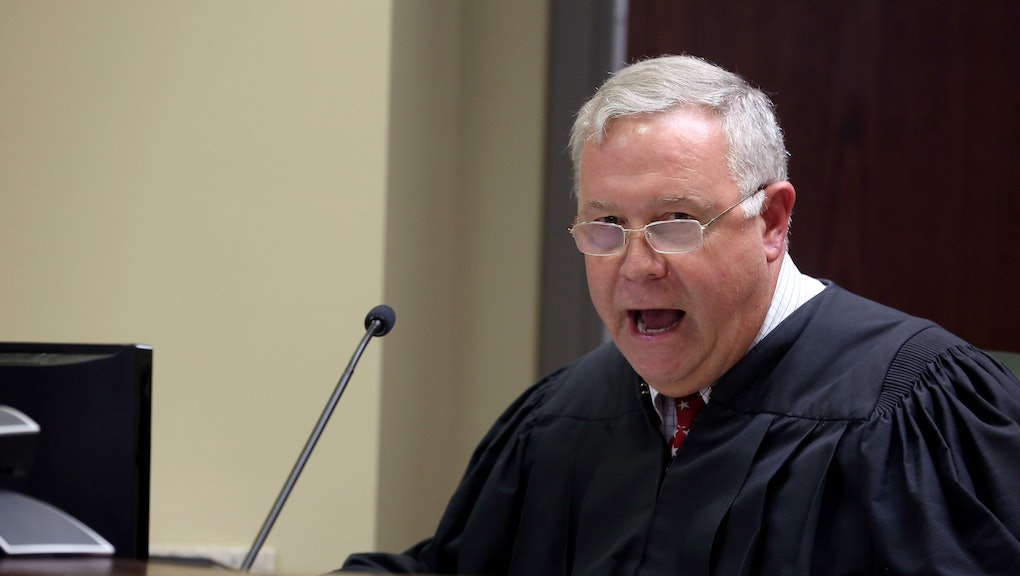 The judge in charge of setting the bail for Dylann Storm Roof, the perpetrator of the Charleston, South Carolina, massacre, once used his official position to taunt a sentenced black man with a racial epithet.

While Charleston County Magistrate James B. Gosnell was overseeing hearings for Roof, the white man who killed nine African-American churchgoers at Emanuel African Methodist Episcopal Church on Wednesday night, he referred to Roof's family as "victims on this young man's side of the family." These callous remarks seem even worse because Judge Gosnell was formally disciplined in 2005 for using the word "niggers" in a sentencing hearing involving an African-American defendant, the Daily Beast's Michael Daly reports.

Court documents produced by the Daily Beast show that while sentencing the unknown black defendant in 2003, Judge Gosnell proclaimed that "there are four kinds of people in this world: black people, white people, rednecks and niggers."

The documents say that Judge Gosnell claims to have "repeated this statement to the defendant in an ill-considered effort to encourage him to recognize and change the path he had chosen in life."

The justice apparently knew that the remark could be interpreted as racist, at the time crediting the quote to an experienced African-American sheriff's deputy. But it sounds more along the lines of the vile, racist jokes that circulate via email and on right-wing message boards, hushed voices around water coolers or angry rants all across the country.

Whether or not it came from a black deputy, the intent of Judge Gosnell's remark was clear: to suggest that "nigger" was an appropriate label for at least some black people.

The 2003 comments, as well as an instance in which Judge Gosnell appeared to improperly secure the release of another judge arrested for DUI before a scheduled bond hearing, earned the judge a formal reprimand. A dozen years later, Roof's horrifying supremacist ideology reflects the fact that this kind of racist rhetoric is still widespread and incredibly dangerous.