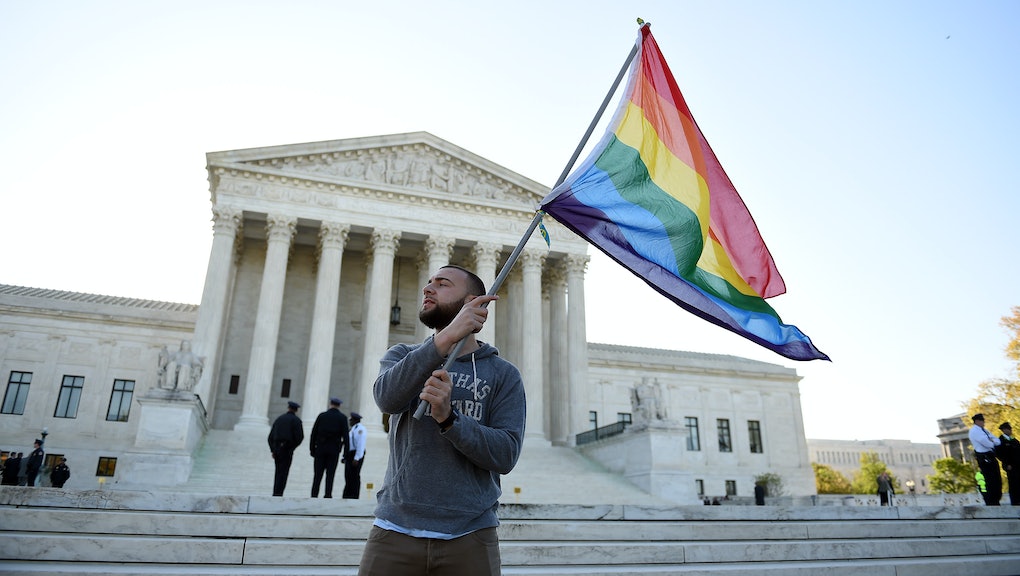 "In forming a marital union, two people become something greater than once they were," Justice Anthony Kennedy wrote in the opinion of the court. "It would misunderstand these men and women to say they disrespect the idea of marriage. [...] Their hope is not to be condemned to live in loneliness, excluded from one of civilization's oldest institutions. They ask for equal dignity in the eyes of the law. The Constitution grants them that right."

Obergefell v. Hodges included three related cases and focused on the question of whether Ohio is legally required to recognize gay couples married in other states.

The American Civil Liberties Union, the ACLU of Ohio and Alphonse Gerhardstein of Gerhardstein & Branch filed suit on behalf of Jim Obergefell, who challenged Ohio to allow him to appear on the death certificate as the spouse of his deceased husband, John Arthur, who died on Oct. 22, 2013. The couple was married in Maryland.

The plaintiffs argued not recognizing a legal marriage from another state is unconstitutional because such discrimination is a violation of the 14th Amendment, which offers equal protection to everyone under the law. The amendment was initially instated to protect black Americans after the end of slavery.

Of the nine Supreme Court justices, four are historically liberal and were predicted to support gay marriage, with a fifth swing vote from Anthony Kennedy.

This is a historic moment for Americans who wish to marry someone of the same sex. The Supreme Court's decision means the country finally offers long-awaited equal rights to same-sex couples, after decades of relentless campaigning. According to a Pew Research Center poll, almost 60% of Americans support gay marriage — the law is finally catching up to public opinion.