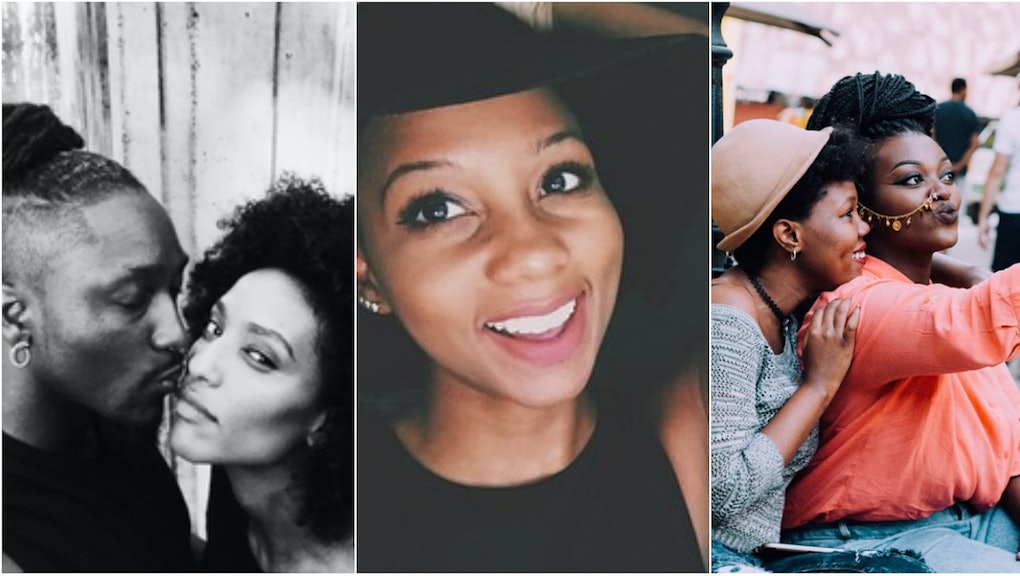 When #Blackout Day first began in March, the premise was simple: a day and a hashtag dedicated to celebrating the beauty of ordinary black people.

This weekend's revival of #Blackout once again prompted people to post selfies on Tumblr and Instagram, and the day's summer theme brought out a diverse variety of bold hair, makeup and fashion.

That variety isn't just awesome inspiration, it's crucial for visibility. While there have been some efforts to diversify the runways (which remain majority white) and magazine covers, black people remain woefully underrepresented in fashion. Vogue UK, for example, went 12 years without casting a black model for a solo cover until this February. When women of color do pop up in fashion, the styling is often homogenous, with models of all races tailored to one beauty standard (see: Joan Smalls' sleek, straight look in her Estee Lauder ads).

That's one reason the introduction of #Blackout Day was an issue of the "utmost importance," according to T'von, a Tumblr user and one of the creators of the campaign. He told BuzzFeed that the campaign aims to puncture the media balloon that so rarely features the racial and ethnic diversity reflected in the population. Sure, we see black celebrities, T'von wrote, "but what about the regular people? Where is their shine?"

Showcasing that shine is exactly what high school senior Kyemah McEntyre did when she designed her own prom dress celebrating her African descent — and it's what's got us enthralled with the gorgeous #Blackout photos on Tumblr and Instagram this weekend.

Here's a look at just how beautiful a dose of diversity and reality is.

There were gorgeous braids...

And others showed off their perfect manis, hats and jewelry.

The headscarves and wraps were on point.

It was all about that septum ring.

Oh, and there was tons of color.

Things got seriously dapper for the gents.

Even for the little ones.

After all, it was Father's Day.

At the end of the day, #Blackout isn't about getting "likes," "notes" or "hearts."