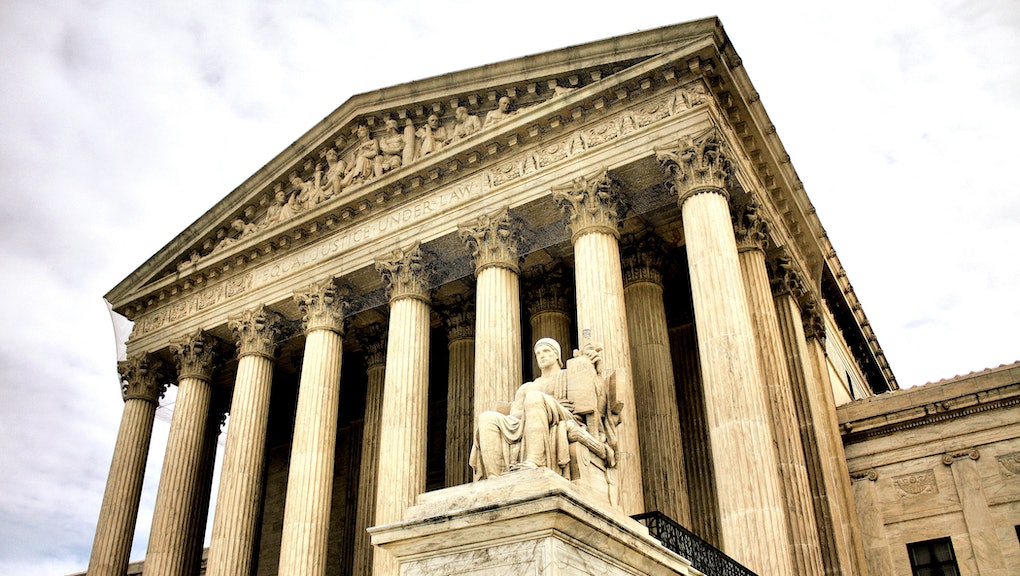 In a 6-3 decision, the court sided with the Obama administration on the controversial lawsuit King v. Burwell. The plaintiff had charged that health insurance tax credits to help low- and middle-income Americans pay for insurance should only be available in states that run their own health insurance exchanges and should not be considered legal in states where the federal government has stepped in to set them up. But the court rejected the plaintiff's charge, and ruled in favor of allowing tax credits in those states as well, arguing that eliminating them would "destabilize the individual insurance market in any state with a federal exchange and likely create the very 'death spirals' that Congress designed the act to avoid."

The lawsuit, which was fashioned by right-wing activists and predicated on tortured legal reasoning, could have crippled Obamacare and stripped tax credits from over 6 million people living in the 34 states with federally operated health exchanges. Here's a look at what the Supreme Court just prevented:

In the map below via the Kaiser Family Foundation, you can see how far-reaching the effects would've been:

A ruling in favor of the plaintiff would've caused health insurance premiums to skyrocket in states with federal exchanges. Without the tax credits in these states, the premium increase would've averaged 287% across the country, but in some states it would have multiplied many times more than that.

Premiums would have gone up.

Take a look at the map below to see the full scope of premium increases:

One particularly striking feature of the whole affair is that it would've put conservatives in the awkward position of championing a policy victory that would have hit their base harder than anyone else. The chart below, courtesy of a collaboration between the Huffington Post and FamiliesUSA, shows that a ruling for the challengers would've afflicted two times as many people living in Republican congressional districts as living in Democratic congressional districts:

But ultimately none of this came to pass. Obamacare has emerged from the lawsuit unscathed, close to 6.4 million people are able to keep receiving the tax credits they need to afford insurance, and Republicans have been spared the fate of nearly cutting off their nose to spite their face.