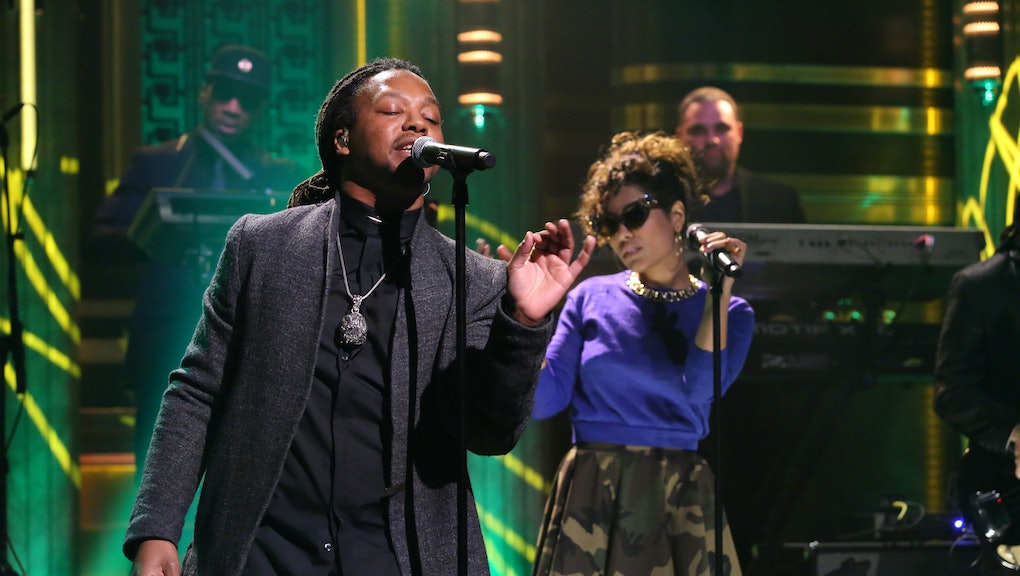 "First of all, you are not really that supreme," Lupe Fiasco begins in a fascinating open letter to white supremacy, shared on Instagram Sunday.

Seemingly responding to Dylann Roof's alleged racist manifesto, Fiasco addresses all that's wrong with white supremacist ideology. He tears down the idea that there's any biological differences between races and that any race can truly claim supremacy when every human being is so dependent on others. It's a disarming exploration of this extremely charged topic — a manifesto that should receive far more eyes than Roof's.

White regularity. Fiasco dives straight for the heart of the matter. "There is nothing about you biologically or physically that denotes an innate mode of supremacy. For that matter, there is also nothing about you psychologically, philosophically, cognitively, academically, socially, architecturally, culturally or even financially that signifies a higher position above any other group," he writes.

He does offer the following consolation: "And to be diplomatic, there is nothing about you that denotes innate inferiority as well.

"So what you really are is something in the middle. You are regular." Just like everyone else.

Every race is regular. With this point he unravels the whole central thesis of Roof's manifesto. That document, found on a website called "The Last Rhodesian," stresses that the white race needs to separate itself from other races in order not to be brought "down to [the] level of brute animals." However, Fiasco correctly points out how impossible this is, both logically and realistically.

Logically, the white race can't separate itself and still maintain a sense of superiority. "White Supremacy has to validate it's [sic] own identity based solely on its relationship to other races! I mean now that's what I would call joined at the hip," he writes in part three.

In practice as well. Fiasco uses the example of Apple computers. "Sure, Steve Jobs was white. But the guy who built the computer was probably Chinese. And the girl who wrote the programs for the computer is probably from Mumbai. And the raw materials that were used to make it where [sic] probably first pulled out of the ground by somebody in South Africa."

The only time we are supreme, he argues, is "as a spectrum of colors in collaboration. One color does not dominate the other nor can it."

The entire letter is filled with brilliant rhetoric, overlooked historical facts and cutting interpretations. But it never feels didactic. It's Lupe the wordsmith in his finest form, as brilliant as any of his highly political verses, which at their best have always captured a wide perspective wrapped up in a cunning, conversational tone.

Fiasco's letter serves as a fitting starting point for the conversations we need to be having on racial inequality going forward. It's far more interesting than anything Roof has offered to explain his "race war." Let it be a lesson to the world: You can't out-manifesto Lupe Fiasco.