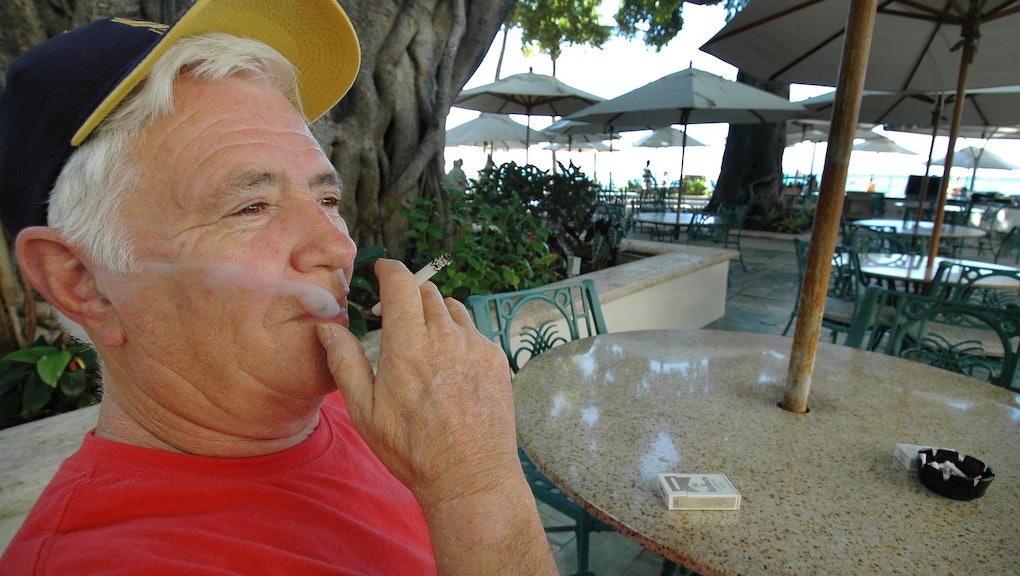 On Friday, Hawaii's Democratic Gov. David Ige signed a bill to officially raise the state's minimum smoking age from 18 to 21.

"Raising the minimum age as part of our comprehensive tobacco control efforts will help reduce tobacco use among our youth and increase the likelihood that our keiki will grow up tobacco-free," said Ige, using the Hawaiian word for children, the Associated Press reported.

According to the governor's office, 86% of adult smokers in Hawaii take up the habit before the age of 21. So, by outlawing smoking at a younger age, the law's logic goes, Hawaii might be able to prevent thousands of would-be smokers from every taking up the habit in the first place, or at least at such a young age.

According to the AP report, those caught violating the law would be fined $10 on their first offense and $50 on their second or mandatory community service.

While various local governments, including New York, have already moved to raise the legal smoking age, no similar measure had been taken by an entire state. When the Hawaii law goes into effect on Jan. 1, 2016, the last state to join the union will become the first state to require the the tough age restrictions.

The Hawaii law is the latest in an increasingly comprehensive patchwork of state regulations and legal victories around the country that have contributed to a sustained decline in smoking in the United States over the last 50 years.

In Florida in 2014, a jury awarded a widow $23.6 billion in punitive damages from tobacco giant R.J. Reynolds after it found the company liable for the death of her husband from lung cancer. (The award would have made Cynthia Robinson one of the richest humans on earth were it not reduced the following year to a still considerable $16.9 million). In 2015, tobacco makers R.J. Reynolds, Lorillard and Philip Morris USA settled 400 similar cases for $100 million.

Meanwhile, smoking ads have been banished from highway billboards, television and radio. In more than half the states, smoking has been banned in bars and restaurants, as well as jurisdictions from Anchorage, Alaska, to El Paso, Texas, and hundreds of others in between. Where once smokers mingled casually at parties and gatherings, today are they are confined to the stigma of curbs and balconies.

Despite the all the progress, tobacco-related illness remains the leading preventable cause of death in the U.S. Smoking is intimately connected to the leading killers like heart disease, stroke and cancer. The financial toll, too, is enormous, with the annual cost of smoking-relating medical treatment standing at roughly $170 billion and the loss of economic productivity adding another $156 billon, according to the CDC. While the Hawaii measure won't stamp out the scourge completely, it does seem certain to put a dent in its terrible consequences.