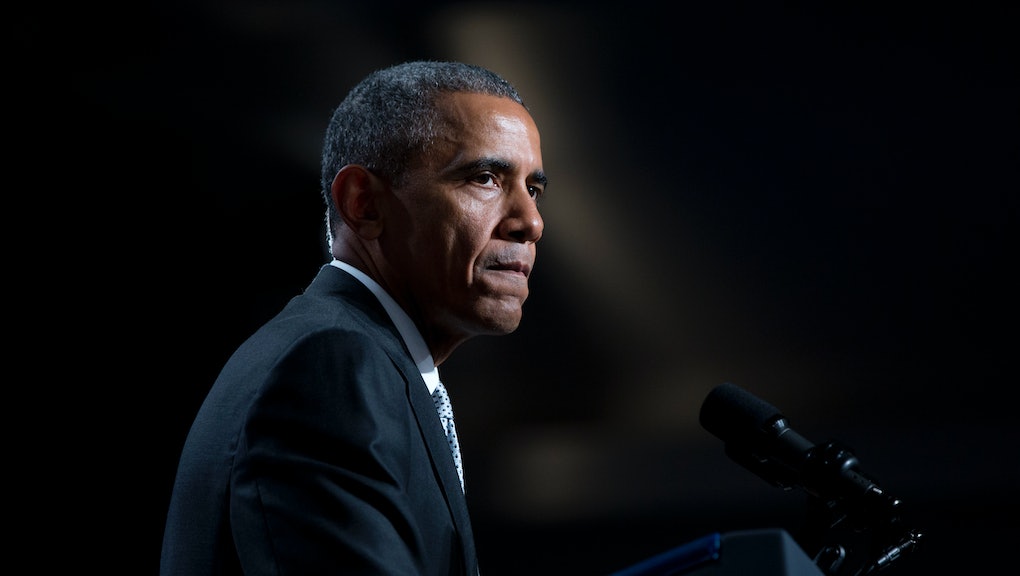 In an interview with comedian Marc Maron recorded on Friday, President Barack Obama delivered a lengthy and nuanced take on the state of race relations in the United States, citing progress and confessing frustration, while urging Americans to commit themselves to engage in "collective" efforts to confront deep-seated social and political inequality.

He also used the n-word. Given a majority of the initial media accounts and reviews of Obama's WTF podcast visit, that might be all you know about the president's comments. But the word itself is just a narrow slice of a larger and more resonant point that Obama was trying to make — one that defies any simple headline and offers Americans a unique insight into how the first black president views this decades-old fight over race in the U.S.

What he said: Here is the context of Obama's riff. We've bolded the relevant passage:

I always tell young people in particular, do not say that nothing's changed when it comes to race in America unless you lived through being a black man in the 1950s or '60s or '70s. It is incontrovertible that race relations have improved significantly during my lifetime and yours and that opportunities have opened up and that attitudes have changed. That is a fact.

Here, Obama rebuts the typical conservative narrative suggesting that progress in the 1960s, which mostly removed or stigmatized hate speech in the public sphere, was sufficient and effectively put an end to racism in America. While Obama is clear in stating that relations have improved, he also makes the point that institutional injustice — mass incarceration, unequal enforcement of drug crimes and housing discrimination — is rooted in history and will require more work to stamp out.

The great irony here is that in observing the kerfuffle that followed Obama's use of "n*gger," his argument comes into starkest relief. Rather than focus on the more complicated, subtle and difficult issues he addresses just moments later, many in the media go like moths to the light of superficial controversy. It's as if those commentators heard "n*gger," hit "Pause" and never returned to the interview.

Familiar ground: Obama has confronted questions of progress and pragmatism as they come in tension with the idea of "the fierce urgency of now" numerous times during his time in the White House. Maron cuts off Obama at one point in the riff to ask the president if he believes the country is, in fact, taking the necessary action.

"It is," Obama says with a bit of pause, "but the problem is that it happens spottily. It happens in this community or this school district or this neighborhood or this outstanding principal is making something happen or this philanthropist decided to do something, but what hasn't happened is us making a collective commitment to do it."

This is both instructive and reflective of Obama's governing philosophy in this, his seventh year in office. In dealing with a historically obstinate Congress and an especially virulent political opposition outside of the seat of government, he seems intent on mixing perspective — what has been accomplished — and narrower ambitions, like ensuring that every child has access to pre-kindergarten education, which he mentioned to Maron.

Where we see the Obama of 2008 and before is in his call for "collective commitment" to pursuing those ideals. The idea of working to make a better life for someone you might "never meet" is very much of a piece with his first appeals to voters, as he ascended the national stage. As he prepares to leave it, what has become clear is that, like in the situation he is discussing, Obama has changed over time, but is also very much the same.