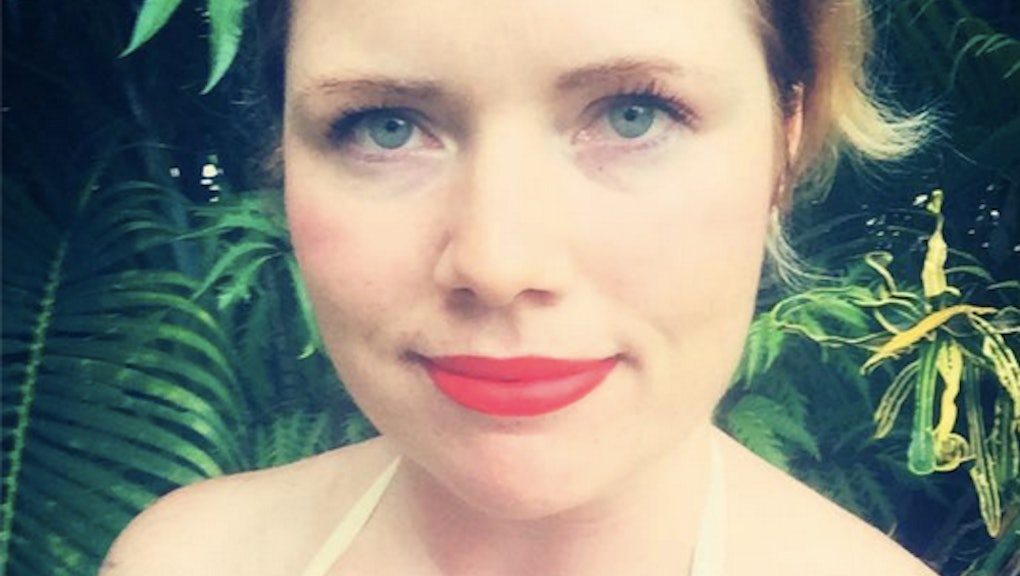 This Writer Just Scored a Major Victory Against Online Harassment

Prominent Australian writer and activist Clementine Ford was banned from her own Facebook page on Friday, BuzzFeed reported. Her egregious violation? Daring to expose the sexist harassment to which she's constantly subjected.

Rather than ignore her harassers or allow them to silence her, Ford posted screen shots of abusive comments sent to her personal messages folder. Rather than address this harassment or support Ford, though, Facebook responded by attempting to ban the author from her page for 30 days — a ban so lengthy, Ford explained in a Facebook post, because this was her fourth time combating harassment in this way.

Repeat offender: She decided to expose her private messages of harassment because, she wrote in a Facebook post Sunday, she believes her harassers' "violent hate speech" should not be "kept secret from the world because you either lacked the courage to own it publicly or because you not so secretly get off on humiliating and degrading women in a way that relies on their isolation."

Yet this decision to expose abuse, she observed in the post, apparently makes her "a repeat offender of 'violating Facebook's community standards.'"

A Facebook insider reinstated Ford's account late Sunday afternoon, according to BuzzFeed, but even so, Ford expressed that she was deeply disturbed by the experience.

"No one should be punished for speaking out against abuse, especially not the kind of cowardly abuse sent under the banner of 'private correspondence,'" Ford wrote on Facebook. "Private correspondence is a conversation mutually entered into by more than one party and defined by respect and sometimes discretion. It is not someone sending you unsolicited emails calling you a filthy whore and sending you unasked for pictures of their dick."

Ford is hardly the first or only woman to face such harassment online. In fact, a recent Pew Research Center study found that 25% of young women online have been sexually harassed and 26% have experienced stalking on the Internet.

This is hardly the first time Facebook has failed to handle such abuse. Activists in the space suggest that the lack of diversity in tech companies like Facebook could be responsible for situations like Ford's. As writer, activist and organizer of the Safety and Free Speech coalition Soraya Chemaly told Mic in March, because social media companies' missions are based on the perspectives and concerns of white men, they "fail to take into consideration gender harm."

Ford also noted that while she has the privilege of a significant platform based on her public identity, most women are not so lucky.

"After FB banned me for having the audacity to publish photographs of the onslaught of sexualised abuse being sent my way, I was able to mobilise an army of passionate, enraged people," she wrote. "I do not take lightly the fact that I have more privilege than many others when it comes to these issues. Many who are punished do not have that kind of support."

Ultimately, Ford refuses to apologize for speaking out, and she implored other women who have faced and continue to face abuse do the same.

"When we speak out, we are not just raising voices — we're raising courage," Ford wrote. "That's the most important weapon we have, and it's the one we can't ever afford to lose."