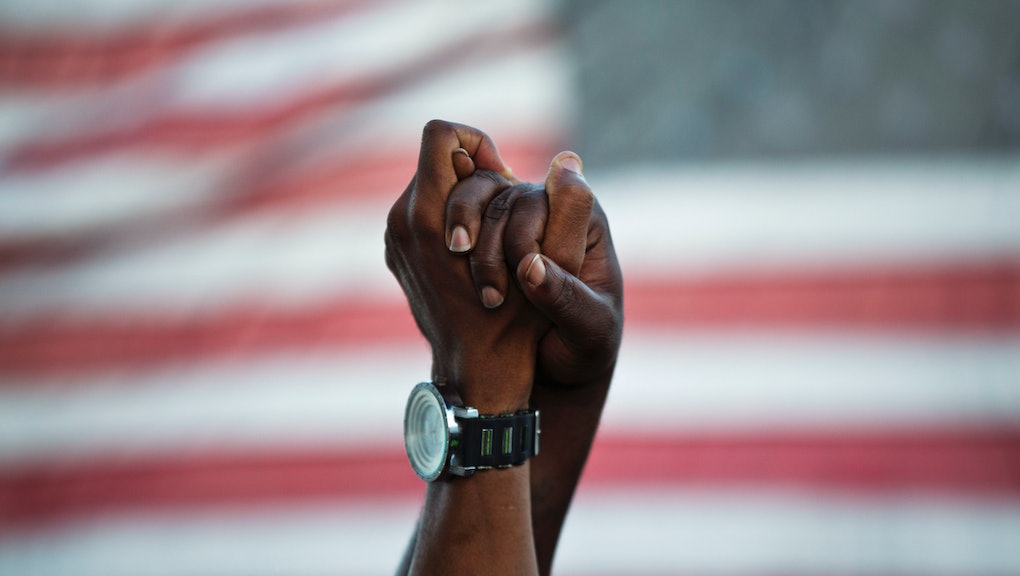 As the fallout from Dylann Roof's rampage at a Charleston, South Carolina, church continues, some media coverage has persisted giving disproportionate space to possible rationalizations for his actions.

This tweet from Twitter user Rashad Alaiyan captured this phenomenon quite aptly by juxtaposing NBC News' coverage of Roof's involvement with online white supremacist groups with a Chicago Sun-Times article on the death of Jim Jones, a South Chicago man who died covering his mother from an oncoming hail of bullets.

The white shooter in a rampage killing gets a smiling childhood photo and an uncritical look at how his actions were influenced by the Internet. A black man who saved his own mother from a hail of bullets, though, has his "troubled past" highlighted.

The original Chicago Sun-Times article even used the phrase "no angel" to describe victim Jim Jones, which reporter Becky Schlikerman says has since been removed.

The Chicago Sun-Times article still spends an awful lot of time dwelling on the victim's alleged criminal activities, noting, "Relatives said James Jones sold drugs. And court records show he had a criminal record and was on parole after being sentenced to prison for attempted burglary."

The problem isn't including pertinent information, but the difference in framing. White mass shooters are continually given the benefit of the doubt, while the same privilege is not afforded to African-American criminal suspects — or in this case, an African-American victim who died protecting his mother.

Despite the fact Roof wore racist symbols and reportedly openly informed his victims he was killing them because they were black, there will no doubt continue to be a glut of commentary focusing on whether Roof was mentally ill and thus unable to control his actions.

Meanwhile, mainstream media continues to send the message that when bad things happen in African-American communities or to individual black people, it's partially their own fault, regardless of the circumstances.

It's a troubling trend, but the media dichotomy is clear: Roof killed nine people in cold blood, and he's a loner who got caught up in the evils of the World Wide Web. Jones sacrificed his own life to save his mother's, and he has a "troubled past." That might be hard to believe, until you remember the fact that Roof is white and Jones is black.