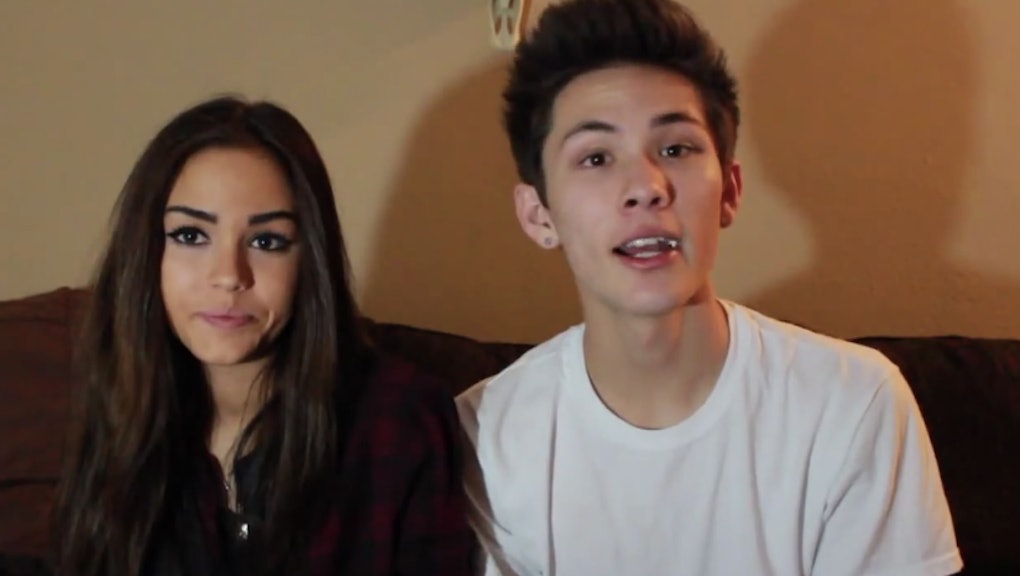 Thanks to YouTube, Vine, Instagram and more, fame has never been more attainable — especially for those who are still minors. But far too many teens are abusing the power that comes with this celebrity status. One need look no further for proof of this than a recently leaked video, originally created by Vine star Carter Reynolds, which depicts the teen star pressuring his ex-girlfriend to perform oral sex against her will.

"I don't think I can," Instagram celebrity Maggie Lindemann tells Reynolds in the clip, the Independent reported. Reynolds — who shot the video from his point of view, his erect penis exposed — tells her to "do it" and "just pretend (the camera) isn't there," despite Lindemann repeatedly saying that she's "really uncomfortable."

"Oh my gosh, Maggie," Reynolds says, and the video concludes.

It's unclear whether Reynolds acted on his disregard for his sexual partner's desires (the short video ends abruptly). But it is clear he does not value nor take her right to consent into serious consideration. Northwestern University's Women's Center clearly defines consent as "voluntary, positive agreement between the participants to engage in specific sexual activity" and Lindemann's comments indicate she was not interested in engaging in the behavior Carter proposed.

The fact that Reynolds is older than Lindemann — Reynolds just turned nineteen, while Lindemann is 16, according to the Daily Dot — further complicates the matter with the possibility of statutory rape, depending on when the video was actually filmed (which is currently unclear) and only augments the level of coercion.

Adding to the coercive dynamic? Power and fame. This is hardly the first time a male teen social media star has either attempted to or successfully violated others, including underage girls. In February 2012, YouTube star Mike Lombardo allegedly exchanged naked photos with underage female fans and found himself the target of a federal child pornography investigation, the Daily Dot reported. In March 2014, a Tumblr user accused another popular YouTube artist, Tom Milsom, of forcing her to send him nude photos and have sex that left her "bruised for like days."

As fans online have pointed out, Sam Pepper, Luke Conard and other social media stars have also been accused of violating their fans in various ways.

It's impossible to say why Reynolds (or any other social media star for that matter) violated others' consent and attempted to abusively wield their power in these ways. But the pattern indicates the power they hold in their communities and constant affirmation imparted from adoring fans is likely a factor — as it has been for plenty of perpetrators in the past.

Young fans are speaking out and expressing their disgust on Tumblr and Twitter, but Reynolds' actions indicate a much more systemic problem: He is just one member of a generation of men un- or undereducated about consent. Perhaps if affirmative consent and comprehensive sex education were staples in our country, individuals like Reynolds would think twice before attempting to coerce their partner into a sexual act, especially one they purportedly want to publicize.

Until then, however, hopefully Reynolds will take responsibility and face consequences for his actions. And the young fans watching can learn along with him.