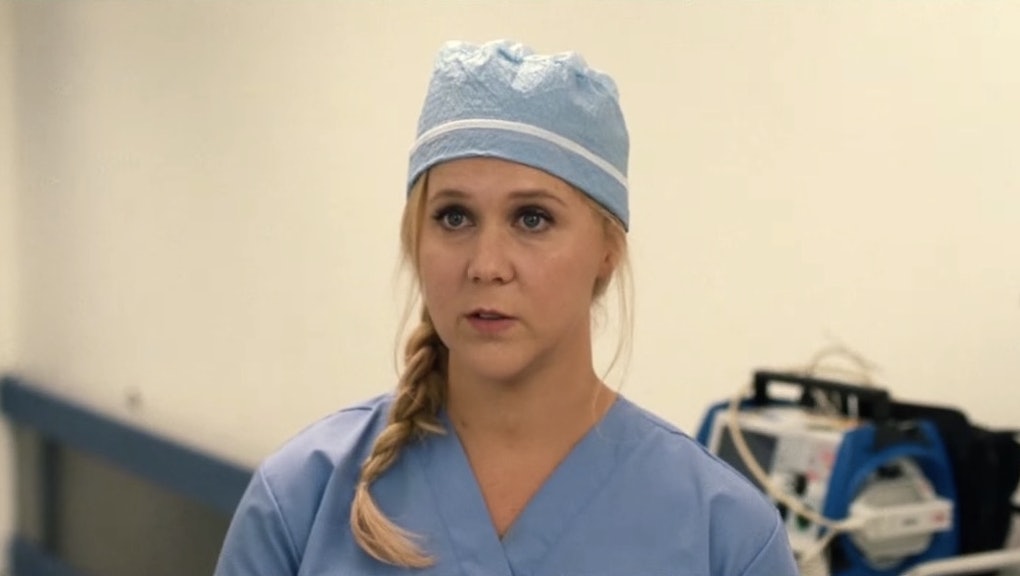 In the latest trailer for Trainwreck, Amy (Schumer, sharing a name with her character) expertly avoids any and all commitments with men. That all changes when her editor (Tilda Swinton) assigns her to write about a sweet, charming doctor (Bill Hader). Despite her best efforts, she's compelled by him enough to actually date.

It's little wonder the trailer calls Trainwreck "not your mother's romantic comedy." Seeing a woman as the commitment-phobe may not seem revolutionary, but it's quite rare, especially in this genre. Schumer and Apatow's collaboration already looks like the latest in a new wave of progressive, ambitious rom-coms.

Considering the strength of female-driven pictures at the box office recently — think Pitch Perfect 2 and Spy — Trainwreck is teed up to be a massive hit. It likely won't be the biggest blockbuster of the summer, since Jurassic World has that title locked down, but it will likely cement Schumer as a star of many venues.

We would never want Schumer to leave TV; her satire on Inside Amy Schumer is increasingly necessary to deflate the double standards and hypocrisies of Hollywood. But hopefully, Trainwreck will allow her to become a star in both worlds. After all, we need more Trainwrecks too.