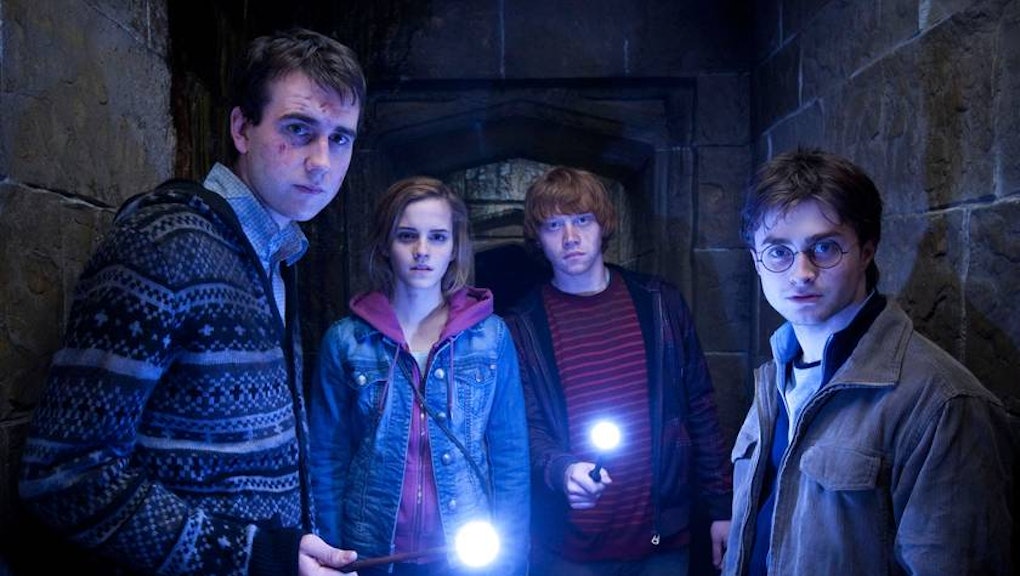 What Your Favorite 'Harry Potter' House Says About You, According to Science

Hufflepuffs, Ravenclaws and Slytherins, rejoice: The Sorting Hat might be fictional, but scientific research suggests you might actually have some of the personality traits of your favorite house.

The qualities that make a Gryffindor, though, are a little more elusive.

According to a study in the journal Personality and Individual Differences, there's strong evidence that the sorting feature on J.K. Rowling's Pottermore website may offer accurate insights into the users' personality.

The study: Researchers asked 132 volunteers who had been sorted by the Pottermore website to complete an in-depth personality assessment that measured "the Big Five traits, need to belong, need for cognition, and the Dark Triad traits — narcissism, Machiavellianism and psychopathy."

Importantly, the researchers found, "a majority or plurality of the participants in each house also wanted to be sorted into that house," indicating the sorting tended to land the volunteers where they felt they belonged.

When breaking down the results by house, a few things became clear. Those who associated with Ravenclaws were higher in a personality measure called "need for cognition," squaring up well with their nerdy status in the book series. Hufflepuffs were found to be more agreeable, though not more conscientious or having a need to belong. Slytherins, unsurprisingly, ranked highly in the Dark Triad traits.

The researchers found those who wanted to be sorted into Gryffindor exhibited heightened extraversion, but those who actually ended up in it did not.

What it means: The Sorting Hat, it seems, might have been an amateur psychologist.

"For the most part, our hypotheses were supported," co-author Laura Crysel told the Stetson University Press. "We found that Rowling's sorting quiz taps into some of the traits that personality psychologists measure."

The study also provided more evidence that the power of the pen (or the quill) stretches well beyond the page. The Atlantic notes the results mesh with the "narrative collection-assimilation hypothesis," which predicts readers might begin to identify with groups portrayed in literature merely by reading about them. Previous research has also tied Harry Potter-reading to increased tolerance of marginalized groups.

Desire to be in a house lined up with the personality assessments as well, suggesting sorting doesn't just reflect immutable personality traits but a desire to be a particular sort of person. In other words, the Pottermore users, and quite likely Harry Potter fans in general, were self-selecting which house they wanted to be in.

Of course, that's sort of the point of the sorting process. It's why Harry isn't a Slytherin, in the words of the Sorting Hat:

"Not Slytherin, eh? Are you sure? You could be great, you know. It's all here in your head. And Slytherin will help you on the way to greatness, there's no doubt about that. No? ... Well, if you're sure, better be... Gryffindor!"