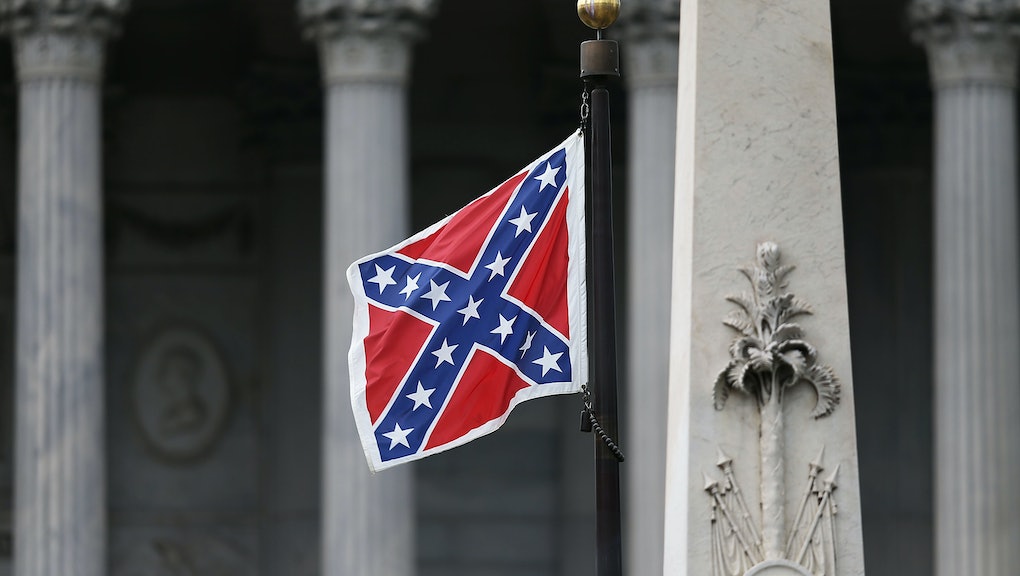 All eyes are on South Carolina.

The Confederate flag that flies on the state Capitol grounds has become a lightning rod in the national storm over race. Proponents of the flag's removal contend that doing away with an enduring symbol of the South's history of racial violence and exploitation is essential to honoring the fallen from Wednesday's mass shooting by a white supremacist at the Emanuel African Methodist Episcopal Church in Charleston.

The anti-Confederate flag pressure has yielded results quickly. On Monday, Gov. Nikki Haley, standing by Republican Sens. Lindsey Graham and Tim Scott and a handful of state legislators, said the flag should be taken down, and called on the state legislature to vote to remove it.

Haley's announcement is the easy part. South Carolina's state legislature needs a supermajority — a vote from two-thirds of the legislature — in order to remove the flag from the Capitol. South Carolina's state politicians aren't immune to national pressure, but they're going to be more responsive to local opinion, and up until recently, the flag had significant support in the state.

The polls: According to a Public Policy Polling survey of South Carolinians in February, 50% of state residents supported keeping the Confederate flag on the Capitol grounds; 40% opposed it, and 10% said they were unsure. Those percentages paint an image of the flag that produces fairly even divisions among the state's residents.

In other words, when you break down public sentiment by race, the Confederate flag loses the veneer of a Southern society that's truly ambivalent about the meaning of the Confederate flag. Rather, you have a society in which most of its white members defend it and most of its black members (who compose nearly a third of the state's population) oppose it.

Why it matters: Support for the Confederate flag on government grounds could very well change dramatically in light of last week's shooting. And the state legislature may act to have the flag removed even if public sentiment doesn't shift, given the constant and furious national media attention.

But it's worth remembering that the debate over the flag's meaning isn't about different interpretations of the flag and its history, as Haley and many others have suggested. It's simpler than that: It's about the different effects that the Confederate flag has had on people over the course of its history. The Confederate cause was white supremacy: If you you were never a victim of that regime, then it's far easier to claim it as a badge of pride.