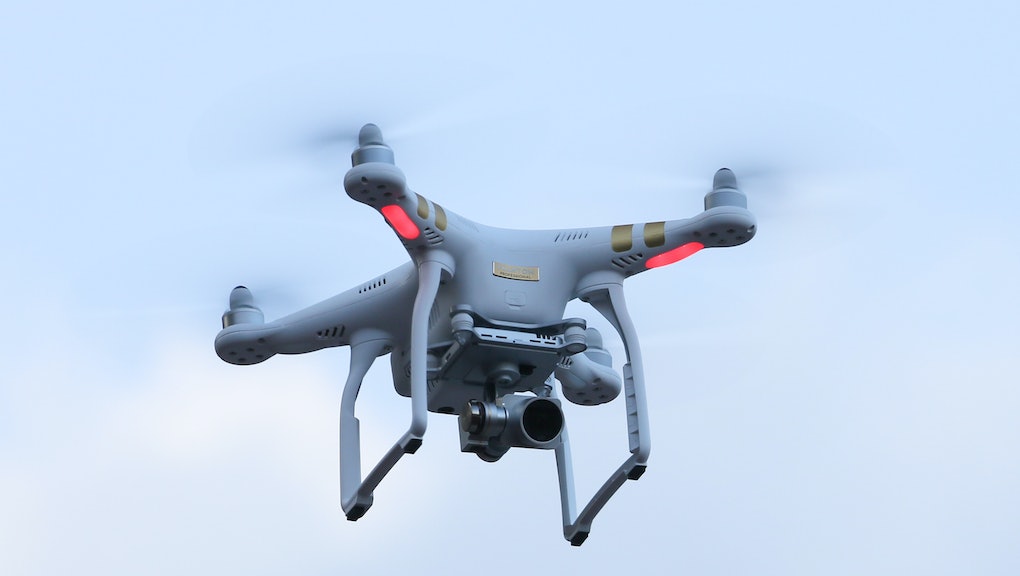 Women's rights groups in the Netherlands, Germany and Poland are teaming up to provide abortion pills to women in Poland seeking the procedure. The groups are hoping to defy and draw international attention to Poland's restrictive abortion laws, which prevent the procedure except in cases of rape, incest, if the mother's life is in danger or if the fetus is severely deformed.

Far from covert transfers, the group plans to use a drone to fly the pills in plain sight across the border between Germany and Poland. If all goes according to plan, the launch will take place at 11 a.m. on Saturday and transport the pills from Frankfurt, Germany, to the Polish town of Slubice. At Slubice, a number of women will meet the drones to collect the packages at a prearranged drop-off point.

For now, the launch is a one-time event, but organizers hope, if it's successful, it could be a potential model for similar flights in the future.

The drones will be loaded with the World Health Organization-approved abortion pills mifepristone and misoprostol, both of which can be taken at home by women without the assistance of a medical professional.

"The campaign is a way to mark the border in Europe in the reality of women's rights and women's access to safe abortion," Rebecca Gomperts, the director of Women on Waves, told Mic from her organization's headquarters in Amsterdam. Women on Waves is one of the four groups behind the upcoming drone delivery.

While Europe is often seen as among the more progressive places on Earth, a few nations (like Poland) notably buck the trend when it comes to women's right to choose. In the deeply Roman Catholic country, tough regulations have resulted in turning the issue into one of class: Wealthy women can afford to have the procedure performed elsewhere in Europe or are able to pay high fees for illegal abortions at home. "Poor women are suffering from these laws," Gomperts said.

While Gomperts admits the country is likely aware of the plan, Poland has so far taken no steps to prevent the hand-off. A European Union treaty known as the Schengen Agreement, which removed border restrictions between many European nations, should allow the event to proceed smoothly. "We haven't had a reaction from them," Gomperts said of the Polish government.

Globally, Poland is part of a much larger problem. According to the Guttmacher Institute, nearly half of the tens of millions of abortions performed worldwide are unsafe, with the majority occurring in developing countries. In many of these places, strict anti-abortion laws have not served their purpose of ending the practice. In Africa, where the majority of unsafe abortions take place, the southern African sub-region (led by South Africa, where abortion is legal) had the lowest rates of all African regions.

"Medical abortion is an essential medicine," Gomperts told Mic, adding that her organization was hoping her organization's efforts would not just help individual women but go toward changing minds and laws where abortion is restricted. According to the WHO, every year 47,000 women die from unsafe illegal abortions.